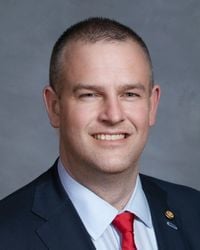 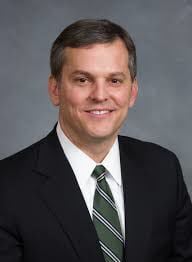 MONROE — The 2020 Election had a major obstacle to contend with — the COVID-19 pandemic. Because the virus is so contagious, and killed roughly a half-million in the U.S. in less than a year, many Americans didn’t want to take the risk of standing in line with strangers.

As a result, more than 1.4 million voters in North Carolina —out of the 7.36 million registered — requested a mail-in ballot. The U.S. Postal Service announced a logistical concern about being able to deliver all the ballots postmarked by Election Day (Nov. 3) by Nov. 6 deadline.

A decision to extend the deadline to deliver properly postmarked ballots from three days to nine days was challenged legally by Republicans. Ultimately, the U.S. Supreme Court “rejected a GOP request to shorten the deadline mail-in ballots must be received by North Carolina officials to be counted,” according to a report by Axios.

Republican Todd Johnson, who represents most of Union County as a State Senator (District 35), won re-election in November with 63.4% of the vote. In an exclusive with the Enquirer-Journal, Johnson said the 10 days it took after the 2020 Election for N.C. to declare the 15 Electoral College votes would go to then-President Donald Trump was too long.

“Yes, I do think taking 10 days to declare a victor is damaging to (voter) confidence,” Johnson told The E-J in an email correspondence. “Every day that passes, especially with a partisan panel in charge of counting the votes, people ask themselves, “Why is this taking so long? What is going on?” That’s not healthy. Our goal should be to have a declared winner on election night, or as close to election night as possible.

“I don’t blame some people for looking at what transpired in North Carolina, with the mid-election rule changes secretly negotiated by a bunch of Democrats, and wondering what the point is in participating in the process at all. That’s why it’s so important to fix these problems right now. No more secretive settlements, no more mid-election rule changes, and no more partisan panels running the election.”

Johnson, one of N.C.’s 50 State Senators, was critical of the how the process played out.

“Months after the legislature, in a bipartisan bill that was signed by the Governor, adjusted election rules to account for the pandemic, Democratic Party super-lawyer Marc Elias filed suit to change yet more rules,” Johnson told the E-J. “There were two co-defendants in the Elias lawsuit to change election rules: the State Board of Elections and the N.C. General Assembly. Elias and the Board, together with Democratic Attorney General Josh Stein, got together in secret and hashed out a “settlement” that (surprise!) changed the rules of the election in the way the Democrats wanted. How do we know it was in secret? Because we, the co-defendant, knew nothing about the ‘settlement’ until we read about it in a press release.”

Stein, a Democrat, narrowly won re-election in 2020. The E-J asked Stein to respond to what Senator Johnson said about N.C.’s 2020 Election process.

“As Attorney General, I’m committed to protecting the sanctity of our elections,” Stein wrote in his email response. “While my office doesn’t administer elections, we do represent the State Board of Elections in legal matters.”

Stein explained his view on why the deadline was adjusted, which resulted in the delay in determining the Presidential election results for N.C.

“Because we’re a democracy, it is absolutely critical that every legal vote gets counted, and that people’s legal votes don’t get thrown out for reasons beyond their control,” Stein wrote. “In 2020, in response to an unprecedented crisis, the bipartisan board decided to take measured steps to ensure that eligible voters could cast their votes safely and securely in person or by mail and know their votes would count — even in the face of the worst public health pandemic in a century and a postal service that by its own admission was failing to keep up with the massive surge in absentee ballots. After the Postal Service warned the State that timely delivery of legal ballots was at risk, the board’s members — both Republican and Democratic — acted unanimously, and the limited measures they took were incredibly successful. North Carolina had a 75.4% registered voter turnout rate—the highest in modern NC history. More than 5.5 million North Carolinians cast their vote and more than one million of those votes were cast by mail, more than ever before.”

Johnson said the onus of getting ballots in by the due date should be on the voter and not the Postal Service.

“North Carolina has one of the most accessible early voting regimes in the entire country,” Johnson wrote. “People have 17 days to cast a ballot early, and they have many weeks to submit an absentee ballot. The simple answer to your question of how can people ensure their vote gets in before the deadline is they should put their ballot in the mail so it arrives before the deadline. If you know you have to arrive at a doctor’s appointment on time, and you know there might be some traffic, then you probably plan your trip accordingly. Submitting a ballot is no different.”

Stein wants residents of North Carolina to feel secure about election integrity in the future.

“North Carolinians can take confidence in the strength and constitutionality of our elections system,” Stein wrote. “The board’s decisions to deal with the unprecedented crisis were re-affirmed repeatedly in rulings by both the state and federal courts including the United States Supreme Court. Misinformation about North Carolina’s elections have been proven false repeatedly. Meanwhile, I’ll continue to do everything in my power to ensure the integrity of our elections and make sure every eligible voter’s vote is counted — even in the face of an unprecedented pandemic.”