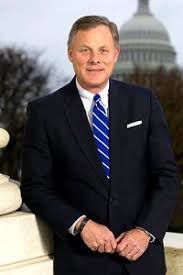 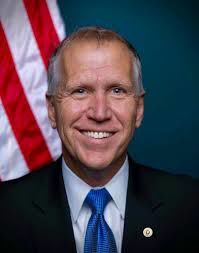 The formality of counting the votes in Congress was interrupted by a mob of thousands who trespassed upon the grounds of the Capitol in Washington, D.C., following a rally by Trump. Four people died and 56 police officers were injured during what some members of Congress are calling an act of domestic terrorism. Trump’s speech repeated his claims that the 2020 Elections were “rigged” even though he lost more than 60 court cases challenging the results.

According to the Washington Post on Thursday morning (Jan. 7), eight Republican Senators and 139 Republican House members supported at least one objection to President-elect Joe Biden’s win on Tuesday, Nov. 3, 2020.

The Senate currently includes 51 Republicans, 46 Democrats, two Independents and one vacancy that make up 100 total seats. There are 435 members of the House of Representatives.

The efforts of Republican lawmakers who objected to the results in some states failed when President-elect Joe Biden was confirmed as the winner of the 2020 election by both the House of Representatives and the Senate.

Senator Richard Burr said: “I supported President Trump’s legal right to contest the election results through the courts, but the courts have now unanimously and overwhelmingly rejected these suits. No evidence of voter fraud has emerged that would warrant overturning the 2020 election ...”

Burr did not support any objections, per the Washington Post.

In his statement, Burr also commented on the mob of thousands of pro-Trump rioters who breached the Capitol building on Wednesday afternoon (Jan. 6).

“For nearly 250 years, our nation’s commitment to the peaceful transition of power has been the shining hallmark of our democracy. Today, America’s core principles were threatened by those seeking to forcibly stop our electoral process and overturn the results of a presidential election with which they disagreed,” Burr said.

Burr blamed President Trump for the behavior of the protestors, because in his opinion, the president “promoted unfounded conspiracy theories that have led to this point. It is past time to accept the will of American voters and to allow our nation to move forward.”

Senator Thom Tillis state: “The American people should have full faith in our election system.”

Tillis did not support any objections to Biden’s election, per the Washington Post.

He went on to note his support of voter ID legislation in North Carolina and his support of President Trump’s “call for recounts and challenges to the courts.”

Tillis said like many Americans, he too is “concerned” about the risks involved with mailing-in ballots and the potential for ballots being tampered with.

Even if there were tampered ballots and even if the number of tampered ballots did not change the outcome of the presidential election, “irregularities and fraud are never acceptable and they should be investigated and prosecuted when appropriate,” Tillis said.

“The Framers of our Constitution made it clear that the power to certify elections is reserved to the states, not Congress. Refusing to certify state election results has no viable path to success, and most importantly, it lends legitimacy to the Left’s stated policy objectives of completely federalizing elections and eliminating the Electoral College. Congress should not overstep its Constitutional authority by overturning the results of states and the will of American voters, especially absent legitimate requests from states for Congress to intervene.”

Tillis finished by saying he was “proud” to support Trump’s agenda and campaign with him. He is “deeply disappointed” that the President was not re-elected.

“The Framers of our Constitution made it clear that the power to certify elections is reserved to the states, not Congress. Refusing to certify state election results has no viable path to success, and most importantly, it lends legitimacy to the Left’s stated policy objectives of completely federalizing elections and eliminating the Electoral College. Congress should not overstep its Constitutional authority by overturning the results of states and the will of American voters, especially absent legitimate requests from states for Congress to intervene,” Tillis said.

On Twitter, Tillis said in reference to the riots at the Capitol building: “We should not let the disgraceful assault on the Capitol and our democratic system stop Congress from fulfilling its Constitutional duty tonight.”

According to a sampling of election fraud cases from across the country published by The Heritage Foundation, there have been 1,071 proven instances of voter fraud. In North Carolina, there were 14 instances dating back to 1986.

In a USA TODAY report, Democratic election lawyer Marc Elias said Trump and his allies filed 62 lawsuits in both state and federal courts. Elias is tracking the outcomes of the lawsuits. Out of a total 62, one was successful and it was not related to fraud.

The decisions have come from both Democratic-appointed and Republican-appointed judges — including federal judges appointed by Trump, USA TODAY reported.