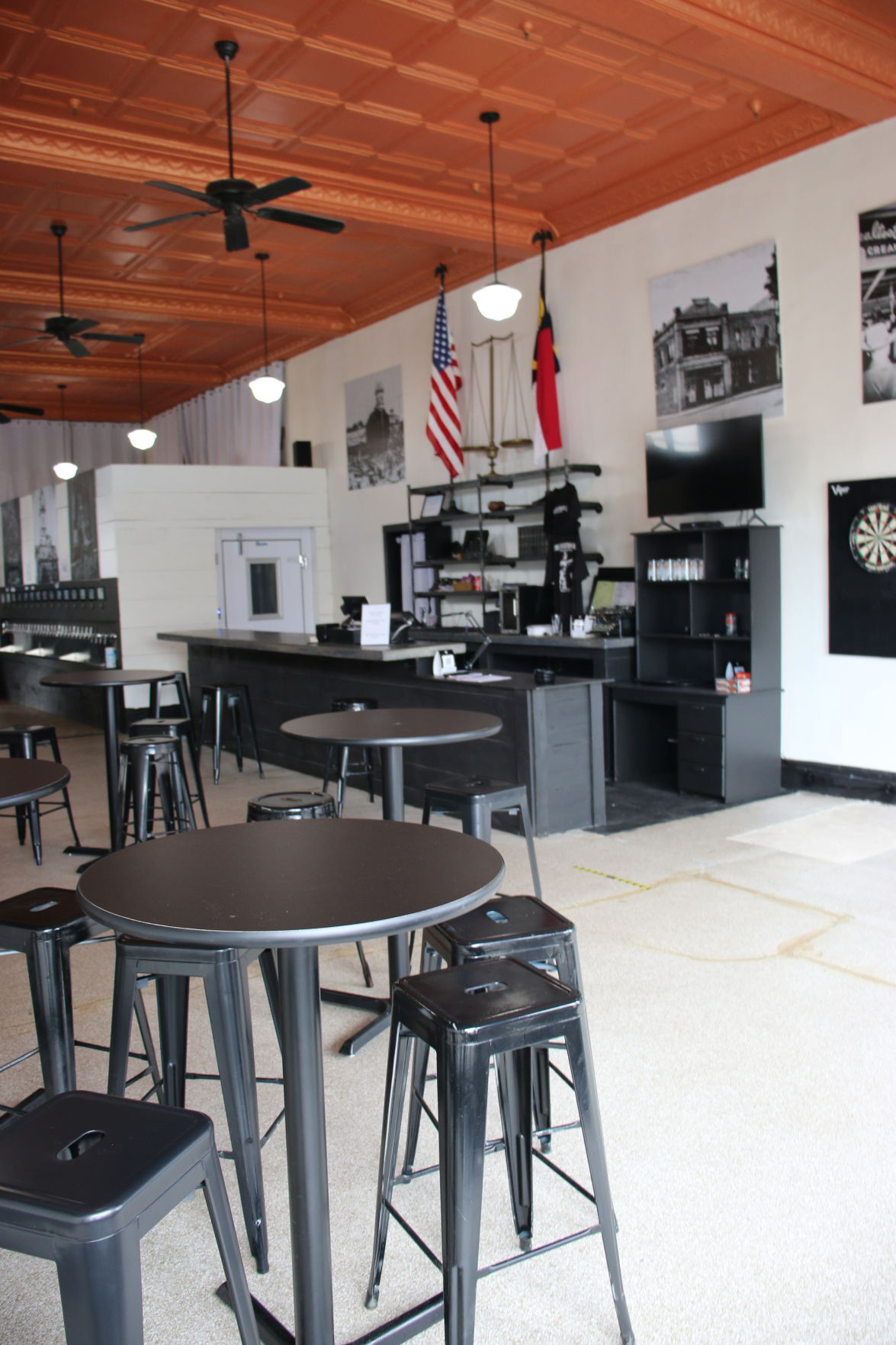 Courthouse Self-Pour features a North Carolina state flag and an American flag. The American Flag, given by Representative Dan Bishop, was flown at the United States Capitol Building. 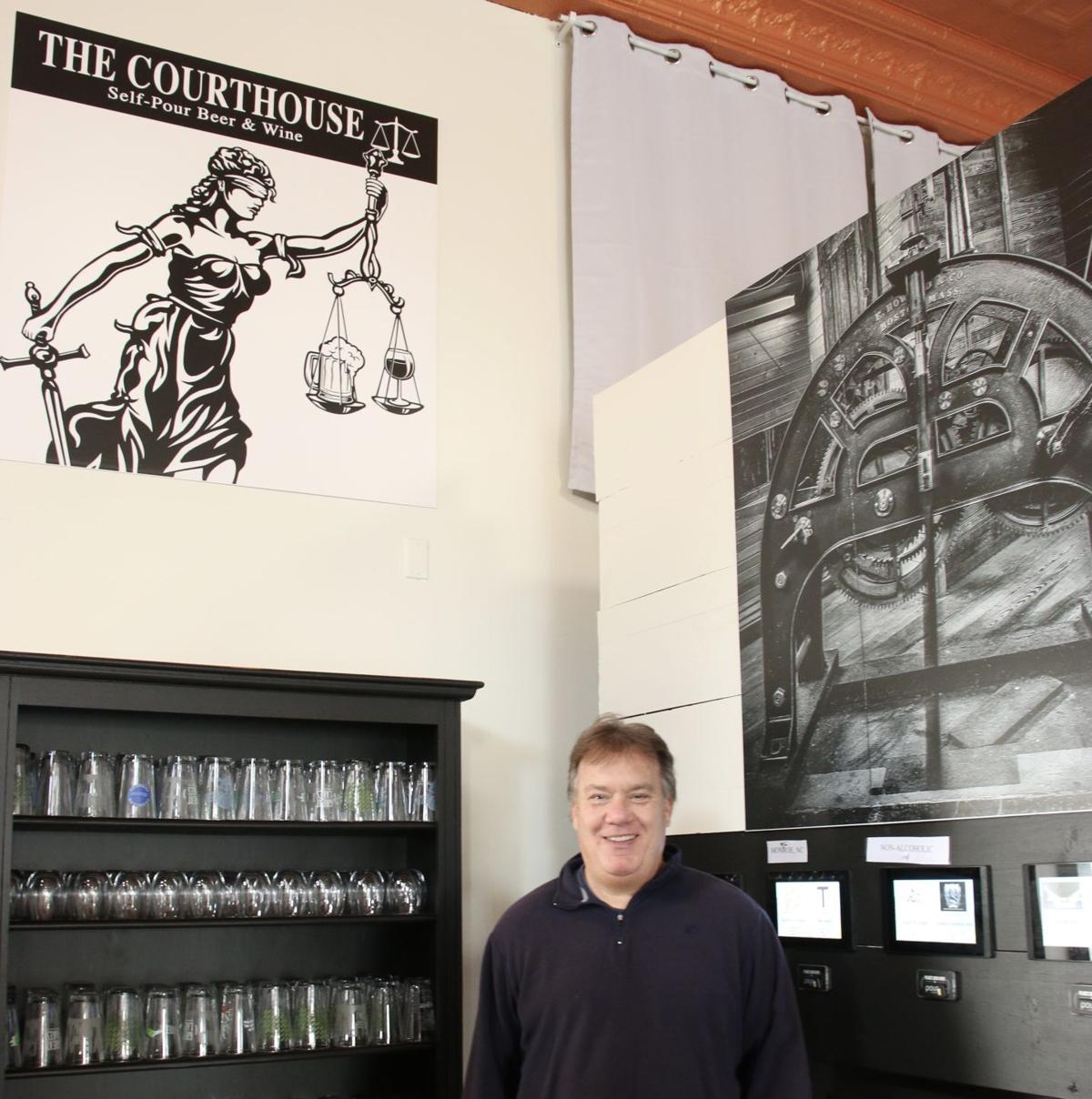 Dean Stump is the owner of the new self-pour establishment in downtown Monroe. 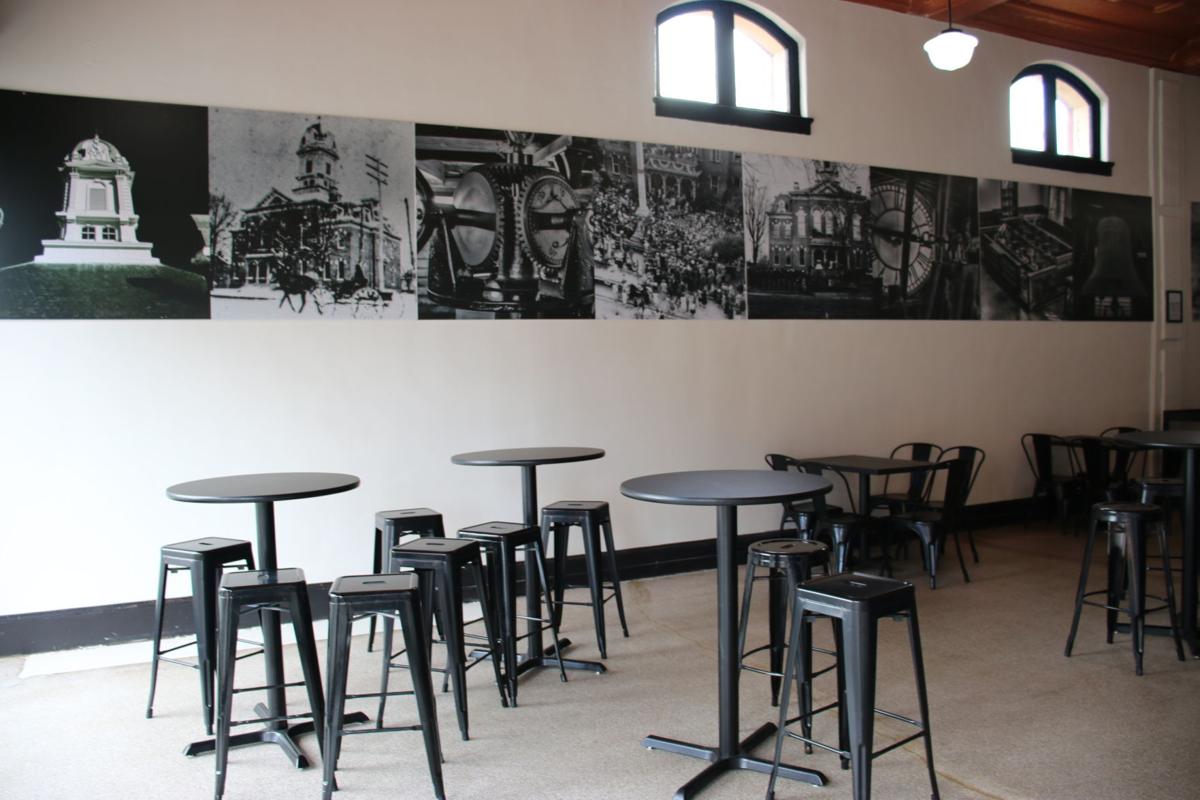 The self-pour establishment does not have wait staff, and food can be delivered.

Courthouse Self-Pour features a North Carolina state flag and an American flag. The American Flag, given by Representative Dan Bishop, was flown at the United States Capitol Building.

Dean Stump is the owner of the new self-pour establishment in downtown Monroe.

The self-pour establishment does not have wait staff, and food can be delivered.

MONROE — Court is in session.

Courthouse Self-Pour Beer and Wine (Courthouse) opened in downtown Monroe on Dec. 10 in the space formerly occupied by Stone Table Restaurant — on the corner of Franklin Street across from the Historic Courthouse.

The name is a reference to the Historic Courthouse, owner Dean Stump said.

Stump is the presiding judge at Courthouse, but the only judgments rendered involve the quality of beer and wine being served.

A self-pour establishment does not have a bartender, waiters nor waitresses. Instead, patrons are handed a card that they place into an electric device. From there, patrons can select a glass and choose which beer or wine they would like to drink by pressing a button on a tablet above the tap. The card reads which beer a patron selects and how much they pour into a glass. Each beer is priced differently and patrons are charged by the ounce. The card tells a cashier how much to charge patrons.

Kegs sit out of sight, behind the wall of taps. Lines connect the kegs to the taps.

“It’s nice. You only have a couple of interactions ... [Customers] don’t have to wait and they can explore and choose what they want,” Stump said.

Because the self-pour technology records how much alcohol a person consumed, “it will cut you off after a few drinks,” Stump said.

He is continuously surprised by how many customers are already familiar with the self-pour technology; however a majority of his customers have not heard of it. He said he has a “good mix” of younger and older customers. He expects that when he is able stay open past 9 p.m. (because of Governor Cooper’s latest executive order), more young people will flock to Courthouse.

He is “really happy” about what he calls the “great response” he has received so far; he has already gained regular customers.

At Courthouse, patrons will find that most beer options are either local to Union County or North Carolina like Southern Range (Monroe), Sweet Union (Indian Trail) and Wicked Weed (Asheville). Stump has a small selection of wines — a pinot noir, a prosecco and a chardonnay.

Right now, Stump said patrons are enjoying a pineapple cider the most. He’s gone through three kegs of it since opening night. Patrons are enjoying Sugar Creek’s “Big O” — a blood orange flavor, as well. A coffee ale called “No Sugar, No Cream” from Sweet Union has also been a hit.

A feature that Courthouse offers patrons is allowing them to bring food into the establishment. There is not a kitchen at Courthouse, but light, pre-packaged snacks are available. Patrons can choose to either bring their own food or have food delivered there, even from local establishments like East Frank Superette and Franklin Court Grille.

“I don’t see East Frank and Franklin Court Grille and even Southern Range — I don’t see them as competitors,” Stump said.

To keep the taps clean and sanitary, especially during COVID, Stump has disinfectant wipes for patrons when they use the taps. A self-pour has limited interaction between patrons and employees making it easier to social distance. “There’s no bartender, there’s no server so you really don’t have any interaction with anybody unless you want to.”

When patrons walk into Courthouse, they are greeted by black and white photos of the Historic Courthouse. Stump said the historical society (located in the Historic Courthouse) gave him permission to use the photos. Jason Walle of Chain Reaction Studios photographed the courthouse for the self-pour spot. Too, there is a photo of inside Courthouse from the early 20th century when it was a pharmacy.

The modern decor inside Courthouse is either black or white, because Stump said, “there is no gray area in the court of law.”

Stump, of Matthews, formerly owned a bar in the suburbs of Chicago, IL for 10 years. He left the bar business until he visited a self-pour spot in Charlotte and liked the concept. A year ago, he began searching for places that would have enough space for a self-pour system. One night, while visiting Southern Range Brewery in downtown Monroe he saw the empty space that was once Stone Table. He quickly snatched up the place.

In his opinion, the more businesses that gravitate toward downtown, the more it will attract residents and improve nightlife.

A cocktail lounge and a music venue are a couple of ideas Stump has about growing downtown Monroe’s nightlife.