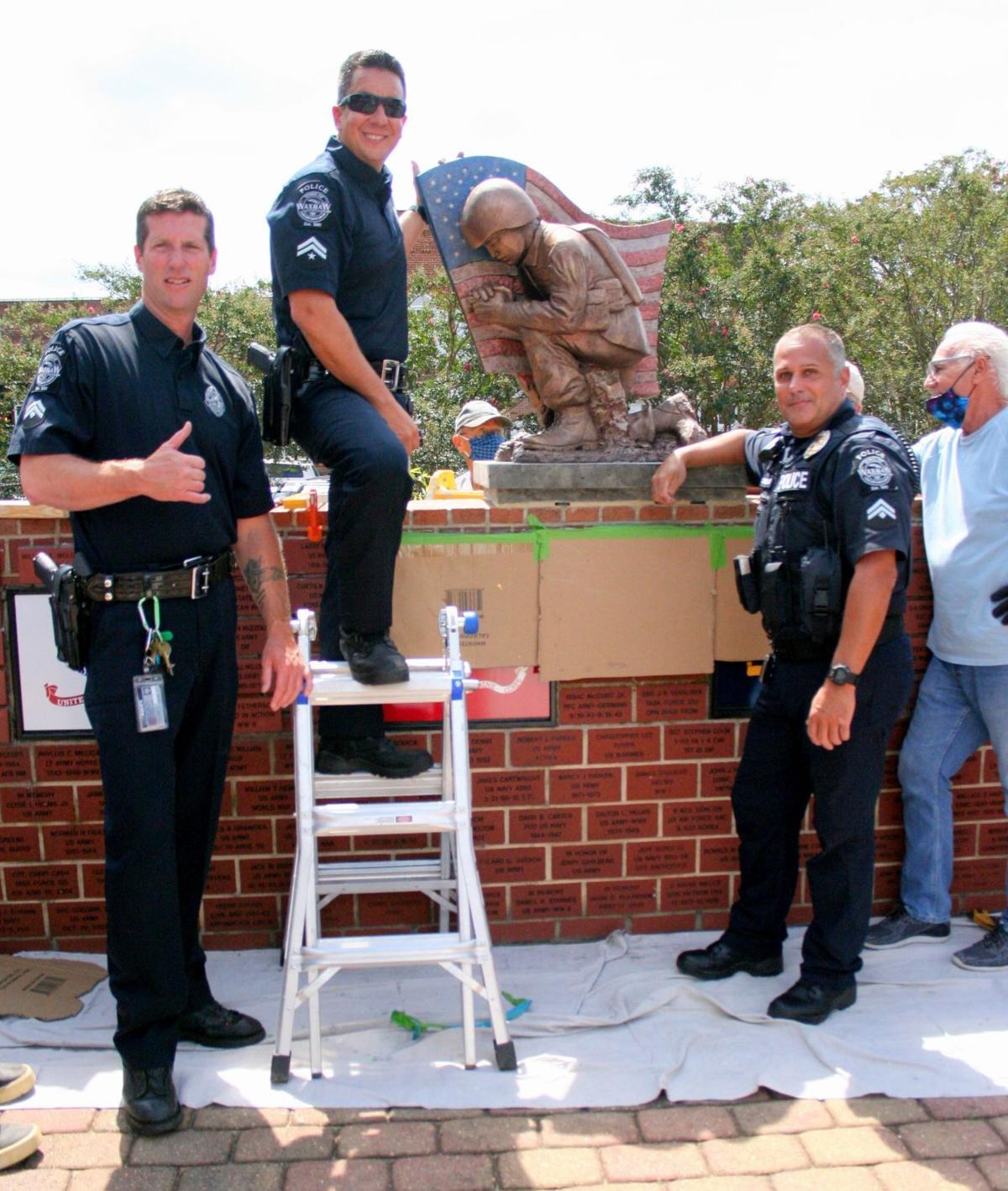 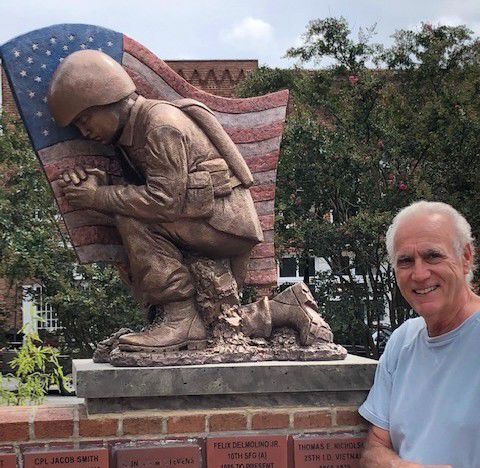 WAXHAW — Peter Rubino, an internationally acclaimed sculptor, has created a work of art titled “Reflection” for The American Legion Post 208 in Waxhaw. The sculpture is located in downtown on top of the Waxhaw Military Wall of Honor. Rubino got help from Waxhaw Police Officers Kevin Gasser, Victor Montalvo and Mike Scarpone.

Having the sculpture made was a project started by Karen Johnson in 2019. She is the director of the Union County Entrepreneurs and is American Legion Auxiliary Chair of the Wall.

Rubino has sculptures in Waxhaw and Monroe. He commissioned the “Remebrance” sculpture at the Waxhaw Military Wall of Honor and “Officer of the Year” for the Waxhaw Police Department. sculpture. He sculpted a bronze statue for Scott Safety Corp., called “Hero” and he created “the Protector” for the Levine JCC.

He is also known for creating a statue, 35 feet in height, titled “Archangel” for Walt Disney Company as well as a monument called “Mother of All Life” for the Boyko Research Center in Beer Sheva, Israel.

Rubino has authored two books — “The Portrait in Clay” and “Sculpting the Figure in Clay.”

Rubino teaches classes and sculpture workshops in the United States and Italy. He teaches free classes to veterans in Union County.