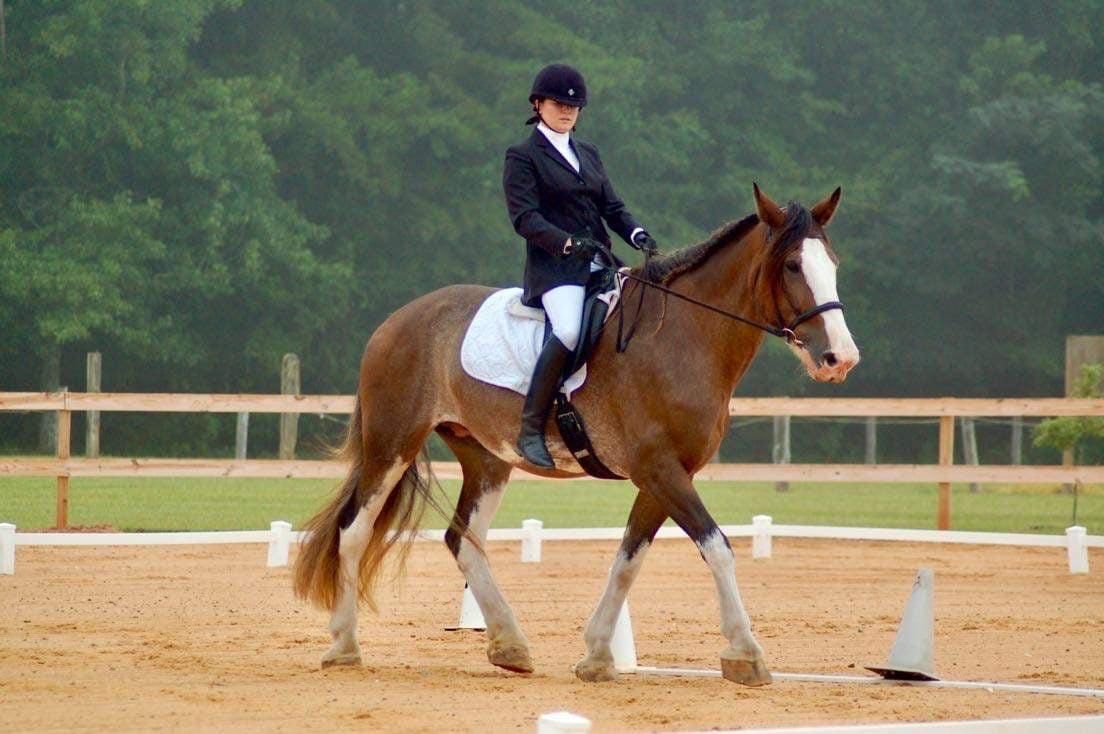 Maddie Wu, who is taking the semester off at Appalachian State University, and Fable, a Clydesdale mare, both had to learn a different form of communication due to a neurological disorder. 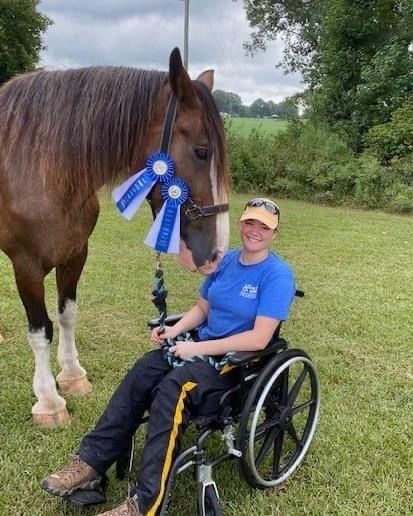 Maddie Wu and her horse, Fable, have a close relationship.

Maddie Wu, who is taking the semester off at Appalachian State University, and Fable, a Clydesdale mare, both had to learn a different form of communication due to a neurological disorder.

Maddie Wu and her horse, Fable, have a close relationship.

Maddie Wu says her horse, Fable, has been a “saint” since learning to adapt to a new style of riding this year. The Clydesdale mare is being taught how to take commands from Wu through using her seat instead of the customary leg cues like light kicking for steering or tapping a riding crop to increase speed.

The pair are having to modify how they communicate, because in March Wu was diagnosed with Functional Neurological Disorder (FND). The disorder is rare, hard to detect and there is no known cure at this time. According to the National Organization for Rare Disorders, FND is a “medical condition in which is there is a problem with the functioning of the nervous system and how the brain and body sends and/or receives signals, rather than a structural disease process such as multiple sclerosis or stroke.”

Wu describes it like trying to solve a software issue on a computer as opposed to a hardware issue. “It’s like if you get a virus on your computer and all the keys are working correctly, but one key — you press it and the wrong letter comes up,” she explained.

Within a week in March, Wu lost her ability to walk. She said doctors were unable to determine what was wrong despite conducting blood tests and MRI’s.

“At first, it doesn’t seem real,” Wu said, “it’s really shocking. You’re put into this position where you don’t understand why this is happening.”

Wu said she has spoken with people who have similar diagnoses. “Everyone takes it differently. My general attitude was ‘I’m allowed to be sad for a day, because it sucks. I can choose to make my life happier and productive and fun, because that’s a choice. I’m just going to go live my life and do what I can.’ ”

Wu has been riding horses since she was a little girl. Now the senior in college is re-learning the basics of horseback riding at Honeysuckle Farm’s Riding Academy on S Rocky River Road.

She wasn’t going to let a diagnosis keep her from riding Fable. “I can either sit around and be sad about this or I can figure out a way to do what I love.”

She and her trainer began strategizing and collaborating on how Wu would be able to ride.

“You have to have the right horse,” Wu said, when describing what it’s been like starting over again.

Using her seat to communicate cues to Fable was like teaching her horse a new language. There was a little bit of confusion and hesitation at first as Fable learned the meaning of the new cues.

For those who have never ridden a horse, Wu describes it as a “freeing” experience.

“You get on a horse and you lose yourself in the ride,” she said. Riders focus on their posture, the position of their hands on the reins, the direction and speed of the horse while trying to remain in the saddle that it leaves little to no room in their minds for what is going on in their personal lives.

Wu rides twice a week, but may add an additional day of riding soon.

In April, Wu made it her goal to compete in a local dressage test the following month. It would be her first competitive event since her diagnosis.

Going into the ring she felt “on edge,” because she only had a couple of minutes to warm-up, but she said Fable was relaxed.

Wu said she would have been content knowing that she completed the test without falling off. “To come out first place, that was shocking,” Wu said.

Wu’s determination toward continuing to ride horses flows into her personal life as well. She maintains a balanced schedule. She paces herself, knowing how much energy she is able to devote to each task she needs to complete during the day.

“People don’t realize how much effort it is to get out of bed, get dressed and get downstairs and eat,” Wu said.

She said she tries to be as independent as possible, but does need assistance tacking up Fable.

Wu is a student at Appalachian State University and is a cellular molecular biology major, but she is taking this fall semester off. She wants to work in quantum biology. Wu describes it as physicists and biologists working together to “explore effects of quantum mechanics” in humans, animals and nature.

When doctors told Wu and her family about FND and how it is not easily detectable by modern technology, it got her interested in pursuing a career in a field that could research methods that would advance modern medicine and potentially find cures for illnesses that were previously incurable.

She “would love” to go back to Boone in January or take online classes. She plans to be back by next fall semester.

Wu wants others to know: “For anyone out there who is in a situation where people say you can’t do something — don’t give up. If you believe in yourself enough, you can do whatever you want.