Sign Up
Log In
Purchase a Subscription
You are the owner of this article.
Edit Article Add New Article
You have permission to edit this article.
Edit
Home
News
Coronavirus
Sports
Viewpoint
Features
Obituaries
e-Edition
Classifieds
Autos
Homes
Share This
1 of 7 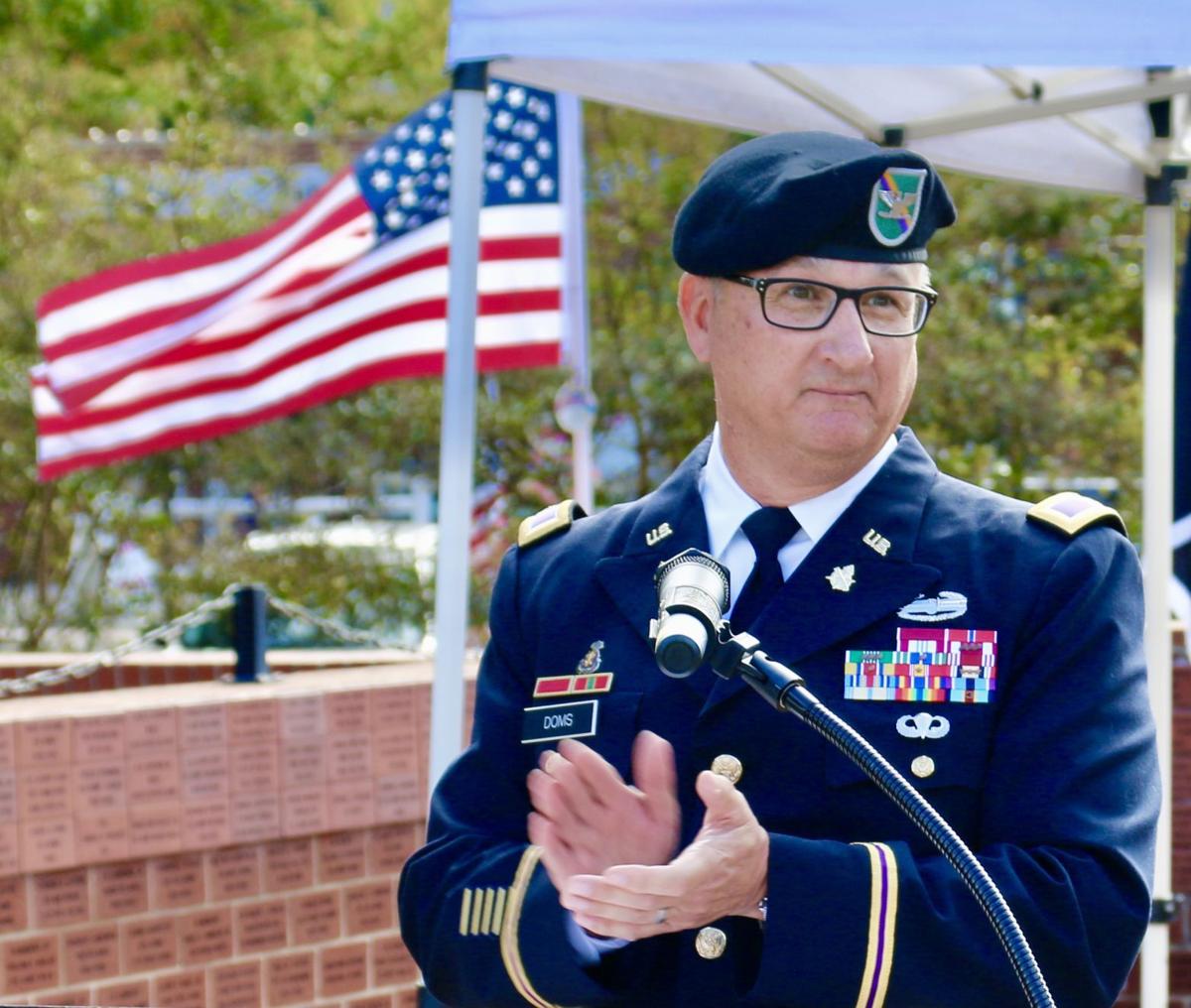 U.S. Colonel George Doms spoke on Thursday. He and his wife live in Waxhaw. 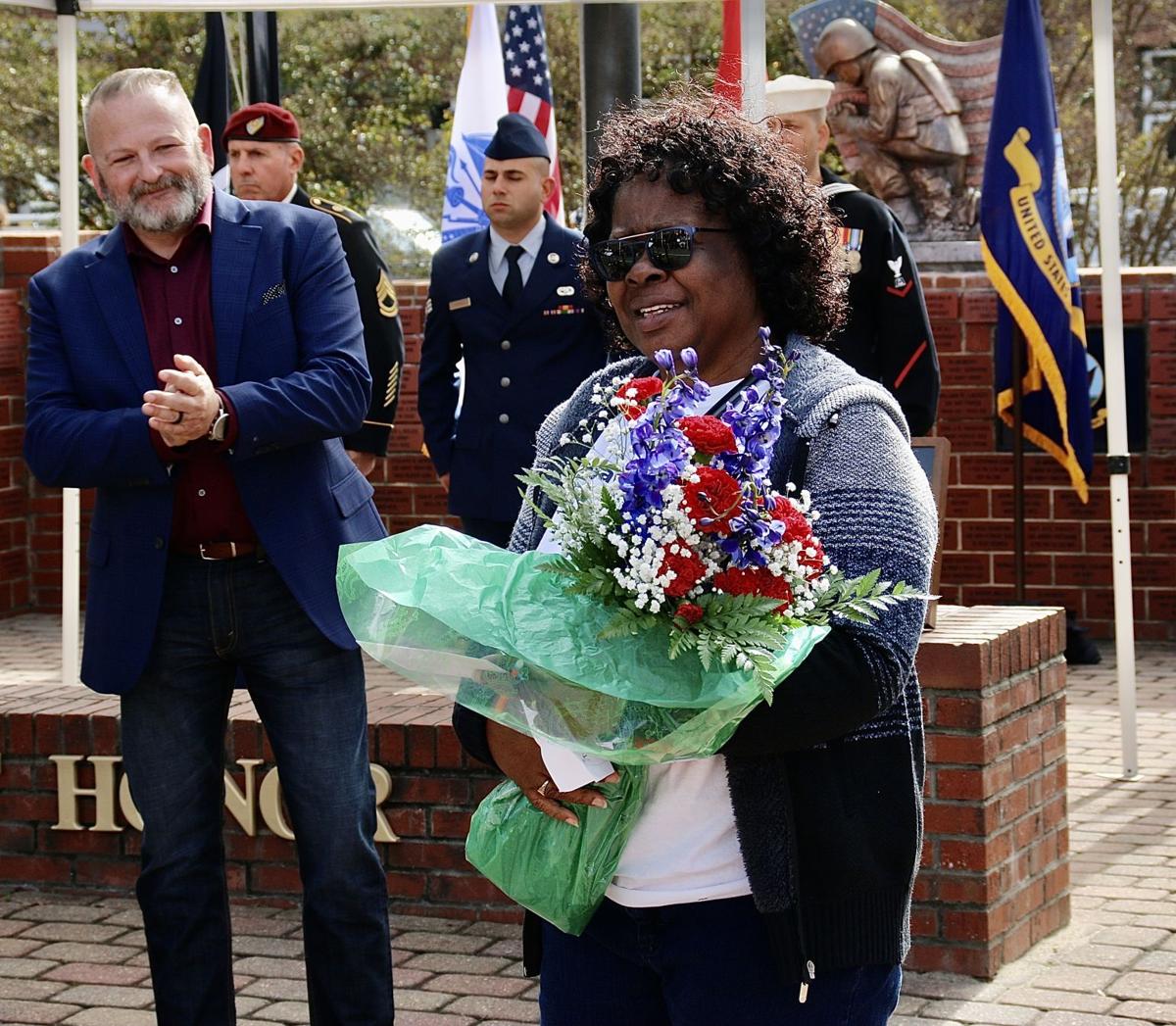 Veterans display their quilts from Quilts of Valor. 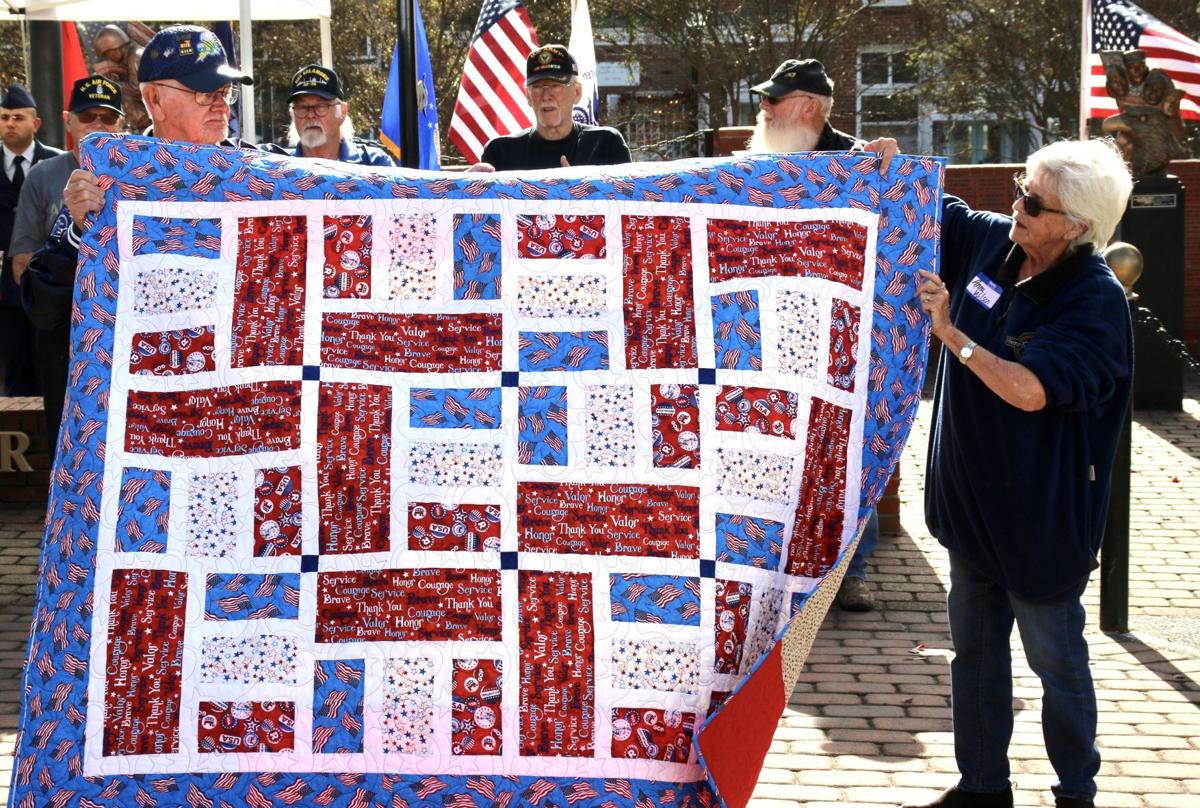 This is one of 14 quilts presented at the Veterans Day event in downtown Waxhaw on Thursday. 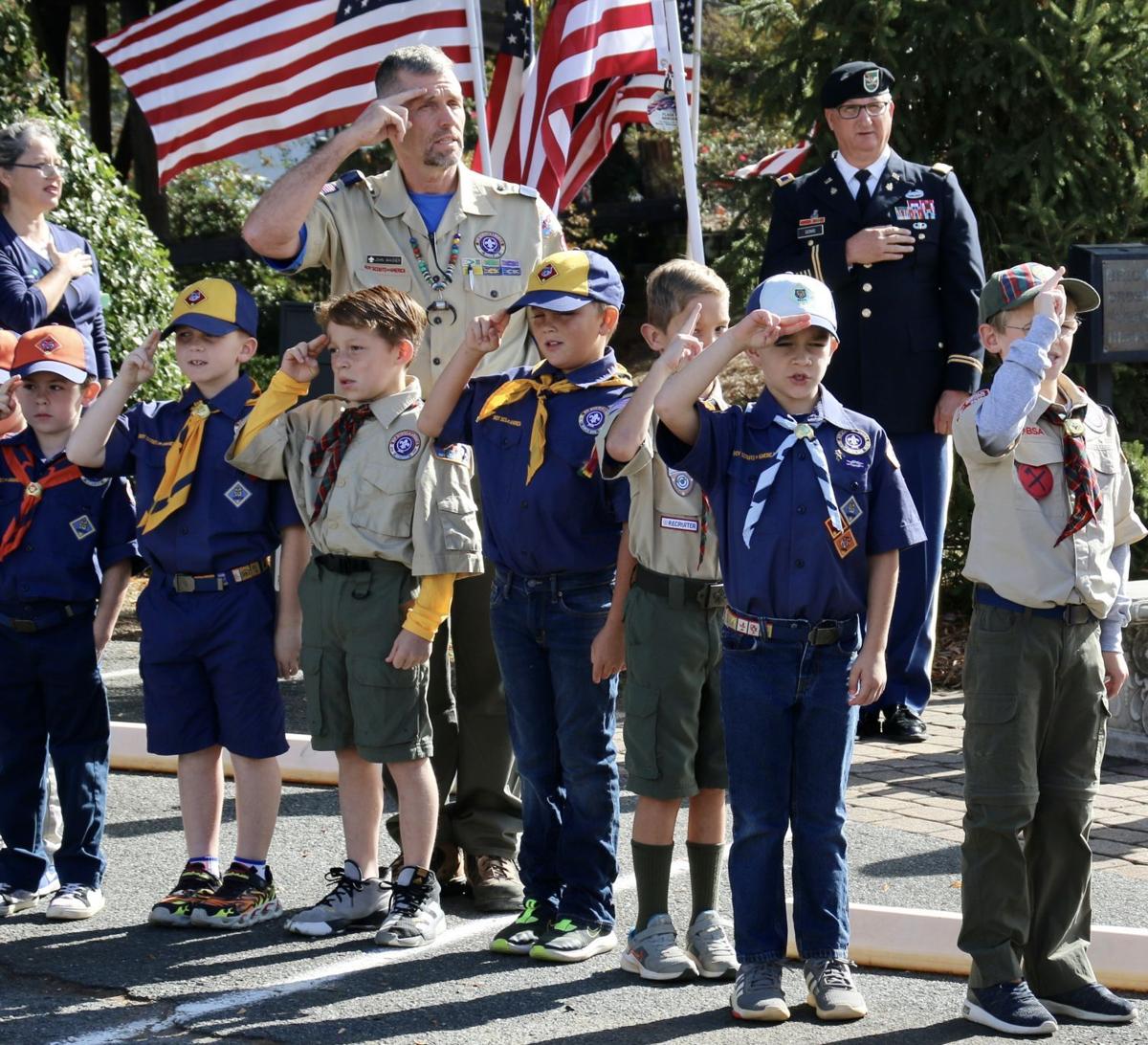 Boy Scouts led the Pledge of Allegiance at Thursday's event. 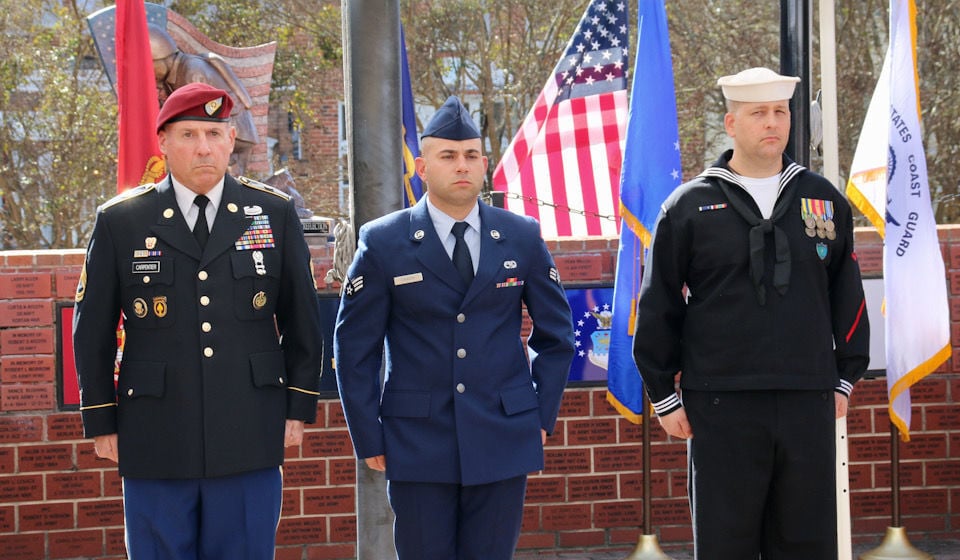 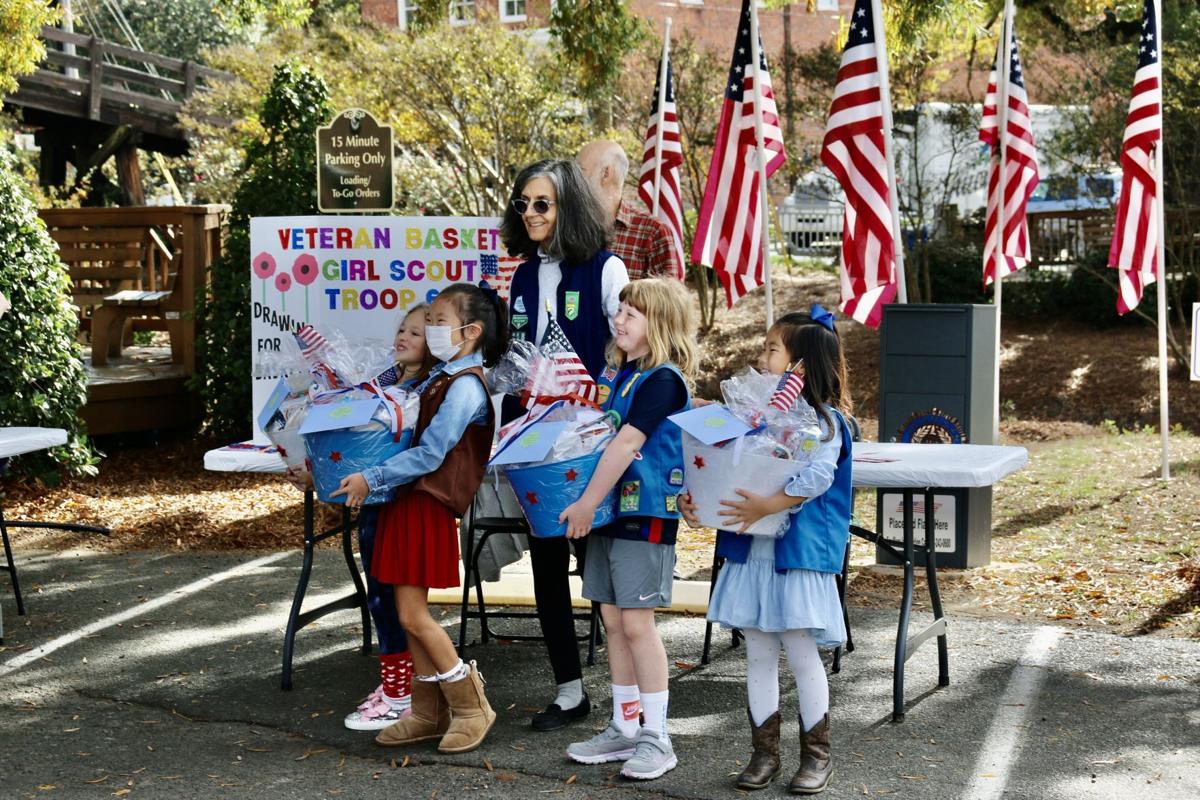 U.S. Colonel George Doms spoke on Thursday. He and his wife live in Waxhaw.

Veterans display their quilts from Quilts of Valor.

This is one of 14 quilts presented at the Veterans Day event in downtown Waxhaw on Thursday.

Boy Scouts led the Pledge of Allegiance at Thursday's event.

WAXHAW — Like many towns across the nation, Waxhaw celebrated and honored its veterans with an event held downtown at 11 a.m. on Thursday (Nov. 11). Veterans Day honors those who have served in the U.S. military at any given time.

Veterans Day was formerly known as Armistice Day, which commemorated the end of World War 1 in 1918 at 11 a.m. on the 11th day of the 11th month. The change from Armistice Day to Veterans Day happened in 1954.

Colonel George Doms of the U.S. Army spoke at the local event. He and his wife Jennifer live in Waxhaw. He started his speech by thanking the many veterans present and honoring the brother and sisterhood of veterans from all military branches.

Doms said veterans are ordinary people who unselfishly put their lives on the line to defend freedom and heard the call of duty and answered, leaving loved ones, homes and lives behind to protect their country and all who reside in it.

“I do not fear for our country’s future because of our young veterans,” Doms said.

After Doms’ speech, Edna Drakeford with the Waxhaw Quilts of Valor presented 14 veterans with hand sewn quilts. The quilts are made to provide veterans and service members with healing and comfort. Each one has a patriotic design. Donations are taken to cover the cost of materials for the quilts.

According to Drakeford the local chapter has presented 325 quilts since the chapter started four years ago. There are about ten women who are part of the chapter. Quilts are presented at Veterans Day and Memorial Day events as well as other occasions.

Drakeford was honored with a bouquet for her and the chapter’s work.

Quilts of Valor is a national nonprofit that was founded in 2003 by Catherine Roberts; there are chapters all over the world.