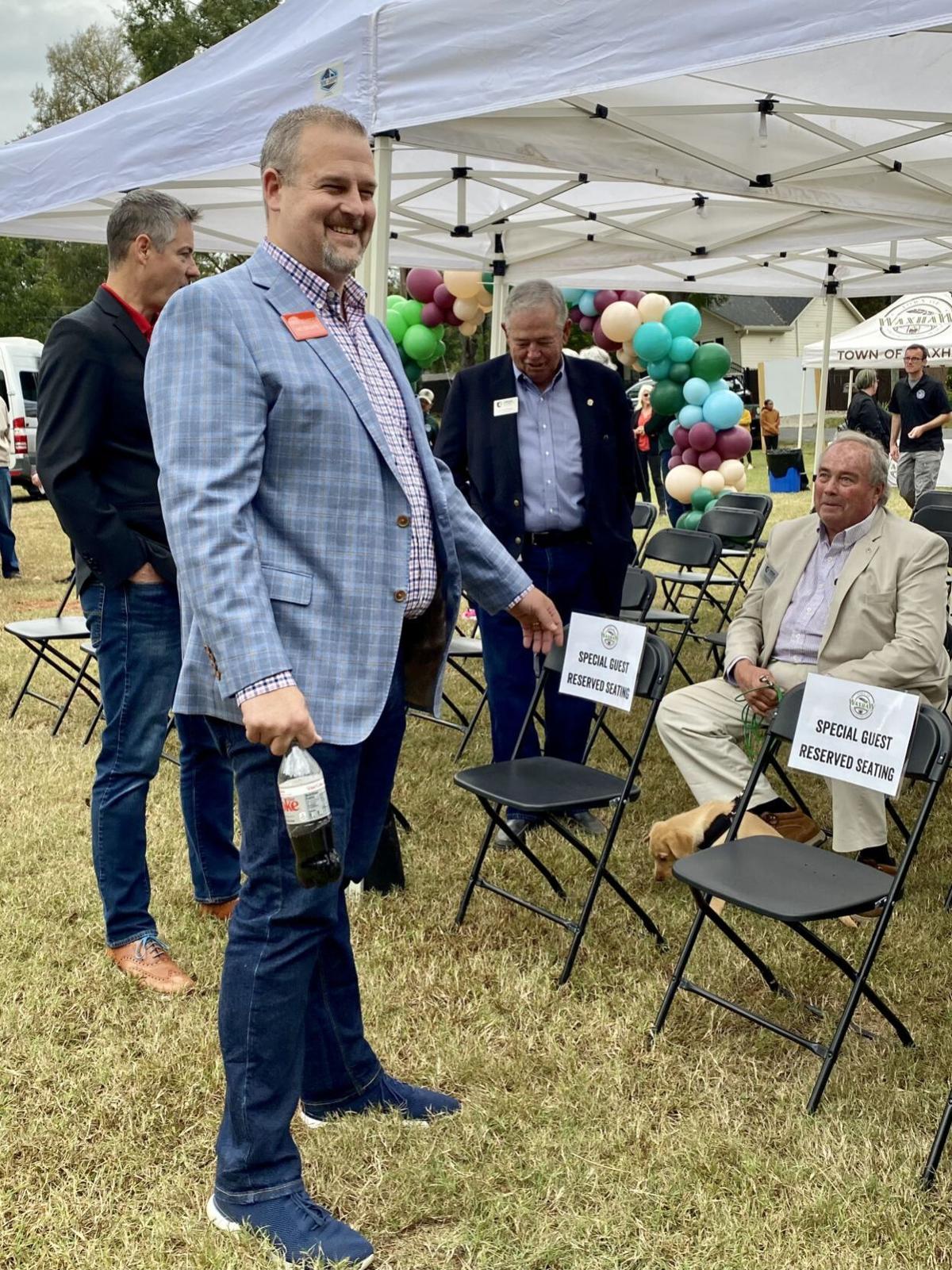 WAXHAW — The Town of Waxhaw celebrated the start of a new downtown park with a groundbreaking ceremony on Friday afternoon (Oct. 29).

The new park is on Givens Street, which is just off of South Main Street and between Broad and Church Streets. According to the town’s Capital Improvement Plan, the 9.9-acre neighborhood park is expected to be completed by 2023 at an estimated cost of $4.3 million. Benesch engineering firm is leading the project.

Capital Improvement Plans (CIPs) show how a town or city plans to improve quality of life for residents over a period of time. Considering an increase in Waxhaw’s population, the current plan aims to provide more and/or improved services such as park infrastructure and smaller-scale transportation and pedestrian projects. The current Capital Improvement Plan is expected to be implemented for the next five years and will be reassessed annually.

At the ceremony, Mayor Ron Pappas said a common goal for the Town of Waxhaw was to build a neighborhood park. He said it was “impressive” how quickly (since January of 2020 when the plan for a park was first discussed) the park was designed and funded.

Dena Sabinske, director of Parks and Recreation for the Town of Waxhaw, said “this is a dream for all of the citizens of Waxhaw and this is our next step of bringing a wonderful community space for us to enjoy, enhance our lives …”

At the ceremony, guests were treated to catered food from Blue Door Deli and received parting gift bags, which contained small clay pots and flower seeds. Guests could choose which flower they wanted to grow.

In attendance were N.C. Senator Todd Johnson, Representative David Willis and Union County Commissioners Dennis Rape and Richard Helms, as well as all members of the Waxhaw Board of Commissioners.