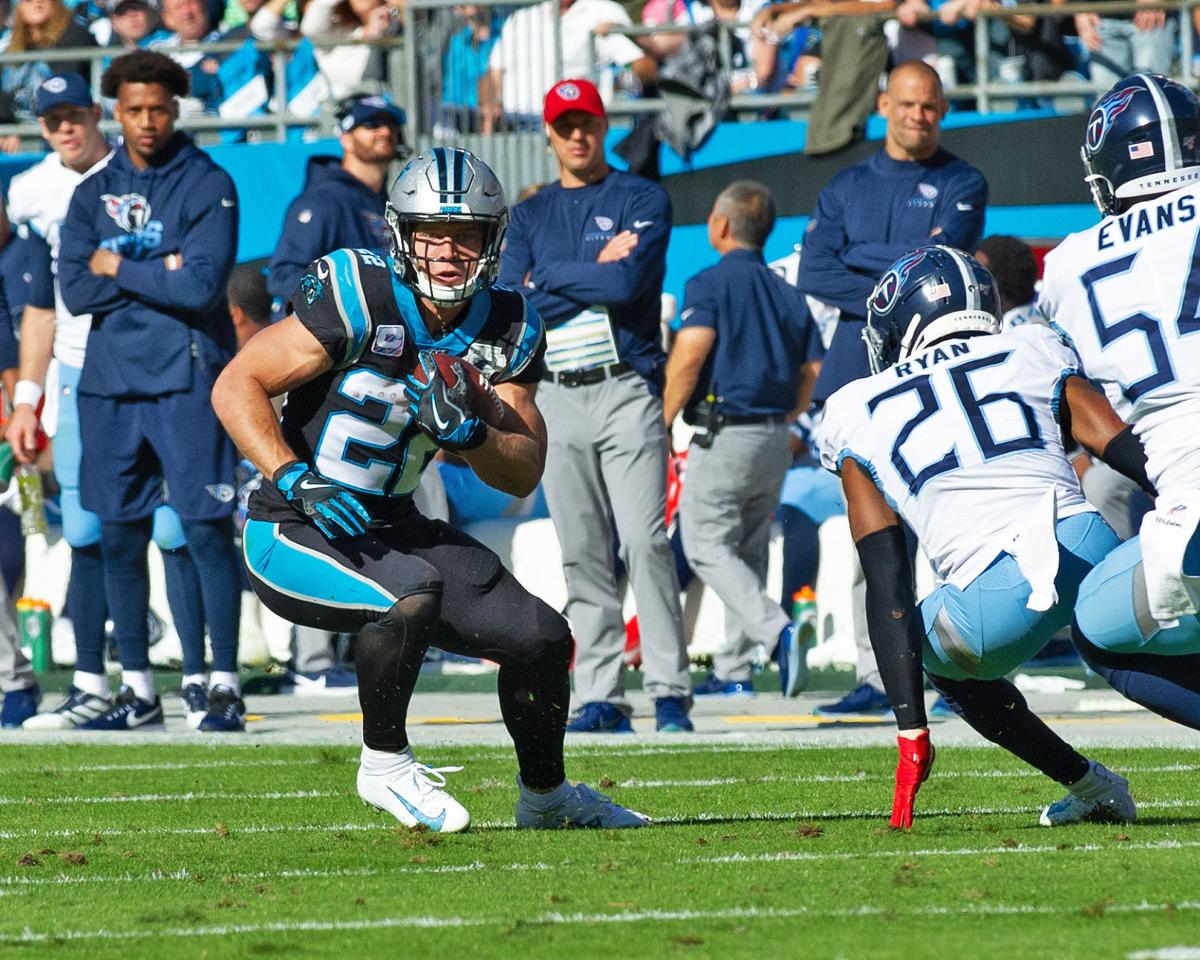 Running back Christian McCaffrey is the Panthers’ best player. The 25-year-old made first-team All-Pro in 2019. 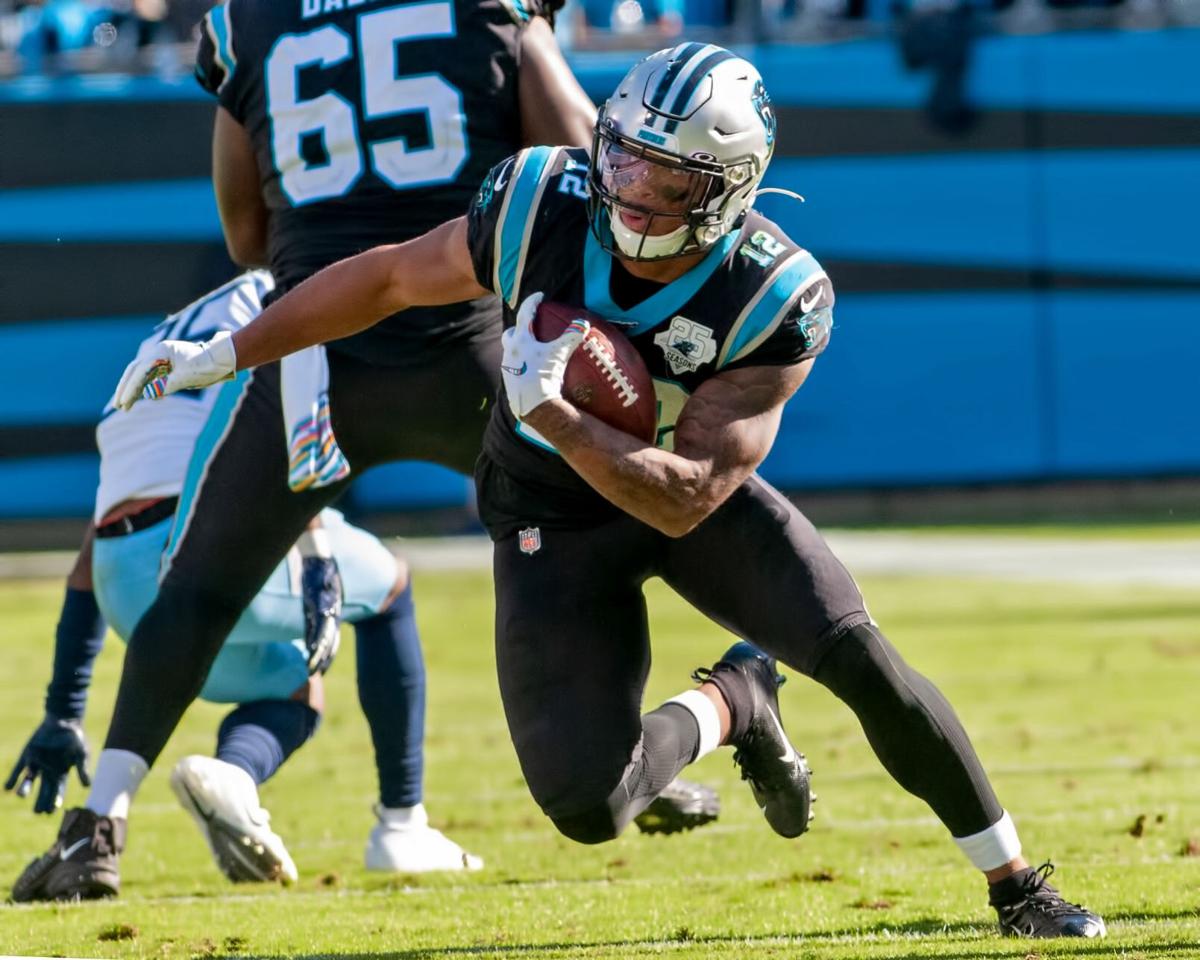 D.J. Moore, Carolina’s first-round pick in 2018, averaged a career-high 18.1 yards per catch last season. The 23-year-old needs to get into the end zone more often to become a Pro Bowl player.

Running back Christian McCaffrey is the Panthers’ best player. The 25-year-old made first-team All-Pro in 2019.

D.J. Moore, Carolina’s first-round pick in 2018, averaged a career-high 18.1 yards per catch last season. The 23-year-old needs to get into the end zone more often to become a Pro Bowl player.

Every NFL season, we watch at least one team make a major leap forward in the win column.

Tampa Bay was the surprise team of 2020. After finishing 7-9 in 2019, and missing the playoffs for the 12th consecutive season, the Buccaneers acquired QB Tom Brady and he led them to a Super Bowl victory.

The Buccaneers had a 15-5 final record, improving their win total by eight games over the previous season.

Could Carolina be the next NFL franchise to swiftly improve from sub-par to playoff contender? The Panthers won just five games last year. After making the playoffs four out of five seasons from 2011-15, they have failed to reach the postseason the past three years — with a combined record of 17-31 over that stretch.

While the Panthers’ schedule is favorable overall, their division presents a major obstacle.

The NFC South is one of the best divisions in football, and the Panthers will have a hard time finishing ahead of the defending Super Bowl champs, as well as the defending division champs — New Orleans had a 12-4 record in 2020.

Carolina will have to double last year’s win total to become a playoff team again. If the club’s top talent stays healthy, reaching 10 wins or more is a realistic and attainable goal.

Carolina didn’t have any Pro Bowl selections last season. If the Panthers get Pro Bowl performances from some of their top players this season, it could be enough to propel the club back into playoffs.

Here are the Panthers’ top five candidates for making the Pro Bowl in 2021-22:

Drafted in the first round (8th overall) in 2017, McCaffrey is the Panthers’ best player. He made first-team All-Pro in 2019 and second-team All-Pro the year before. The 25-year-old McCaffrey (5-11, 205 pounds) played in just three games due to injuries last season, so his legs should be fresh. If the workhorse can return to handling 25 touches per game again, Carolina’s offense will be significantly improved this year.

McCaffrey is one of the most versatile ball carriers in the NFL, capable of running inside or out, and having arguably the best hands of any tailback in the league. McCaffrey is capable of carrying his team to victory in a tight game, and the Panthers will lean on his talent heavily while new QB Sam Darnold gains confidence. McCaffrey is under contract with Carolina through the 2025 season.

Carolina’s first round pick (16th overall) in 2019, Burns is extremely athletic and nearly impossible to block. Two seasons into his NFL career, the 23-year-old Burns (6-5, 250 pounds) already has 16.5 sacks, four forced fumbles and 83 total tackles. Clocked at 4.53 seconds in the 40-yard dash at the NFL Combine, Burns uses his tremendous quickness to beat offensive tackles on passing downs. Burns has yet to make a Pro Bowl in his career, but that could change this year. Don’t be surprised to see Burns reach double-digit sacks in 2021. Because Carolina will almost certainly exercise its fifth-year option, Burns should be a Panther for at least three more seasons.

Carolina has done well with their first-round selections over the years, and that includes 24-year-old receiver D.J. Moore, who was selected 24th overall in 2018. At 6-foot and 210 pounds, Moore is built more like a tailback and he’s difficult to bring down after the catch. Three years into his NFL career, Moore is averaging more than 1,000 receiving yards per season. His 1,193 yards and 18.1 yards per catch last year were both career highs. Moore had ball security issues early in his career, fumbling six times in his first two seasons, but did not have a turnover last year. To become a Pro Bowl player, Moore needs to get into the end zone more often — he has 10 career touchdowns in 46 games. Because the Panthers have exercised the fifth-year option, Moore will have at least two more seasons in a Carolina uniform.

Carolina got a steal at the end of the second round of the 2020 draft, trading up to select 6-foot-3, 221-pound safety Jeremy Chinn 64th overall. Chinn is a remarkable talent, combining linebacker size with the athleticism of a defensive back. The 23-year-old was twice named NFL Defensive Rookie of the Month last season, finishing with 116 tackles, two forced fumbles and two defensive touchdowns. Chinn, who ran the 40-yard dash in 4.45 seconds and had a vertical leap of 41 inches at the NFL Combine, played linebacker as a rookie but will move to his more natural position of safety for the upcoming season.

Chinn is one of the team’s most versatile defenders, and has proven he can successfully line up closer to the line of scrimmage as needed. Like Burns, Chinn is a hybrid defender and a building block for the future of the Panthers’ defense. Chinn is under contract for three more seasons.

A 6-foot-5, 325-pound right tackle, Taylor Moton is the anchor of Carolina’s offensive line. The 26-year-old was the 64th pick of the 2017 draft. Moton played every down for the Panthers last season and he only missed seven snaps in the 2019 season. Carolina rewarded Moton this summer with a four-year, $71.25 million contract that includes $43 million in guaranteed money. He’s now the third-highest paid right tackle in the NFL.

Moton has yet to make a Pro Bowl in his career, but Pro Football Focus rated him the highest-graded right tackle (82.6) in the NFL last season. Offensive line is considered one of the Panthers’ weaknesses heading into the season; locking Moton up for the next four years is the most important step in building up their front five for the long term.