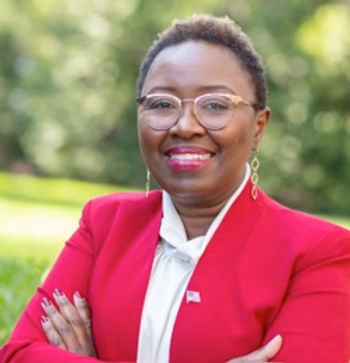 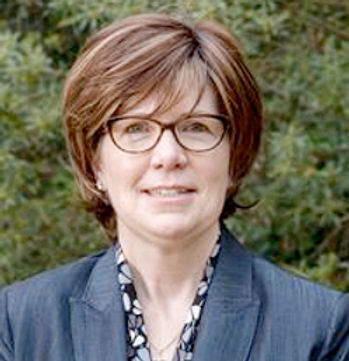 UNION COUNTY — Following campaigns for political offices, Cynthia Wallace and Helen Probst Mills collaborated to meet voters in rural areas on the other side of the ballot box.

It’s Wallace and Mills’ mission to engage voters in conversations about their community’s needs and concerns as well as promote civic engagement. They want to make sure people in rural communities within Union, Anson, Richmond, Scotland, Moore, Hoke and Robeson counties are heard.

In August of 2020, The Enquirer-Journal interviewed Wallace, of Charlotte, because she was running to represent the Ninth Congressional District against Representative Dan Bishop.

Mills, of Pinehurst in Moore County, was the Democratic Nominee for State Senate District 25 in 2018 and 2020. Neither Wallace nor Mills were elected to political office.

Wallace and Mills’ involvement in the electoral process and a desire to increase representation and awareness of minorities in rural counties led to the creation of the New Rural Project.

Together, they founded the New Rural Project (NRP) in 2021. The non-partisan, 501©(4) nonprofit organization aims to determine why people in rural areas remain unregistered to vote, or why they are registered but do not vote. In addition, their goal for the organization is to solve issues surrounding lack of voter engagement by helping to improve community wide issues therefore increasing residents’ quality of life with a hope that residents become civic-minded.

Wallace said NRP operates year round to develop trusting relationships with people who need in-person interactions to feel seen and heard. NRP, she added, is “not a transaction,” but a growing relationship with local communities. It’s more than showing up a few months before an election making sure everyone is registered to vote. NRP hopes to have a lasting impact in surrounding rural North Carolina counties.

“At the core of the New Rural Project is the belief that democracy thrives when citizens exercise their civic rights to the fullest possible extent. Such a democracy would see a maximal turnout of voters in every demographic group in every election,” per NRP’s website. “NPR works to eliminate barriers to engagement by listening to rural stakeholders and working together to develop community-driven solutions.”

Wallace said research on the 2020 general election showed that a large number of residents living in rural areas who were a minority and/or under 40 years of age were least likely to vote. This contrasted research on voters from the 2008 election who said getting involved in elections and government was important to changing their lives. Getting involved in government on any level and increased civic engagement are the results of a voter feeling as if their voice is recognized by politicians and local leaders.

In 2008, minority voters who were 40 and under living in rural communities turned out to vote in “historic numbers,” Wallace said; however, their voices have been largely ignored since then. Her reasoning for why a deaf ear was turned toward them is because “there is a misnomer about who lives in rural North Carolina. I think from that perspective that plays a role in some of these populations being overlooked.” She added that rural areas can be overlooked because they tend to have small populations.

An extensive, virtual focus group revealed to Wallace and Mills that healthcare and economic stability were primary issues of residents.

One of the ways NRP addressed both healthcare and local economics was by administering vaccines with Atrium Health in Marshville. The thought behind hosting a vaccine clinic was that if people remained healthy and out of the hospital then they could continue to work and provide for themselves and/or their families — especially people who have hourly jobs.

“… When the vaccine rollouts began there wasn’t the opportunity in so many of these communities for people to easily receive these vaccinations. We were proud and happy to be the organization to help connect these small towns with vaccination providers …,” Mills said.

“While we didn’t win an election, we didn’t leave the people,” Wallace said. She explained that NRP is another way she and Mills can serve the community and have an impact that isn’t from a political office.

To learn more about upcoming events, follow New Rural Project on social media or to learn about volunteer opportunities, go online to https://secure.everyaction.com/P3-qToEqJEmr1JYZJZQ80w2