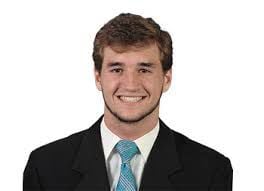 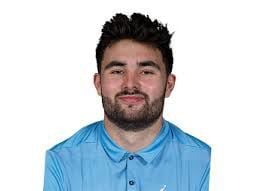 Two of the 12 finalists for one of the most prestigious quarterback awards in the country are former Union County quarterbacks.

Both UNC’s Sam Howell and Coastal Carolina’s Grayson McCall are finalists for the Manning Award, which is sponsored by the Allstate Sugar Bowl and is the only quarterback award to take a players’ bowl performance into account.

McCall is the lone freshman of the 12 finalists. In his first year leading the Chanticleers, the former Porter Ridge quarterback has put up outstanding numbers to help his team to a perfect 11-0 record and a spot inside the AP top 10. McCall has completed 151-of-218 passes for 2,170 yards, 23 touchdowns and two interceptions while also rushing for 473 yards and six more scores.

Coastal Carolina was supposed to play No. 17 Louisiana-Lafayette on Saturday, Dec. 19, in the Sun Belt Championship, but the game was canceled Thursday after a player in Coastal’s program tested positive for COVID-19. The league has declared them co-champions.

Because of the cancellation, Coastal Carolina will likely not go to a New Year’s Six bowl despite being the highest-ranked Group of Five team at season’s end. The Athletic’s Stewart Mandel currently has the Chanticleers slated against Boise State in the Birmingham Bowl on New Year’s Day.

Meanwhile, Howell has North Carolina likely New Year’s Six bowl bound after a blowout of Miami last weekend. The top-ranked ACC team not in this year’s College Football Playoff will make the Orange Bowl, so the Tar Heels would likely need a Clemson win over Notre Dame in the ACC Championship this weekend to secure a spot in Miami Gardens.

While he still has at least one more year at UNC upcoming, Howell has played well enough to put himself among the top prospects in the 2022 NFL Draft. Multiple 2022 mock drafts even have Howell going No. 1 overall.

The winner of the 2020 Manning Award will not be announced until after bowl season, which comes to an end with the CFP National Title game on Jan. 8.