Sign Up
Log In
Purchase a Subscription
You are the owner of this article.
Edit Article Add New Article
You have permission to edit this article.
Edit
Home
News
Coronavirus
Sports
Viewpoint
Features
Obituaries
e-Edition
Classifieds
Autos
Homes
Share This
1 of 9 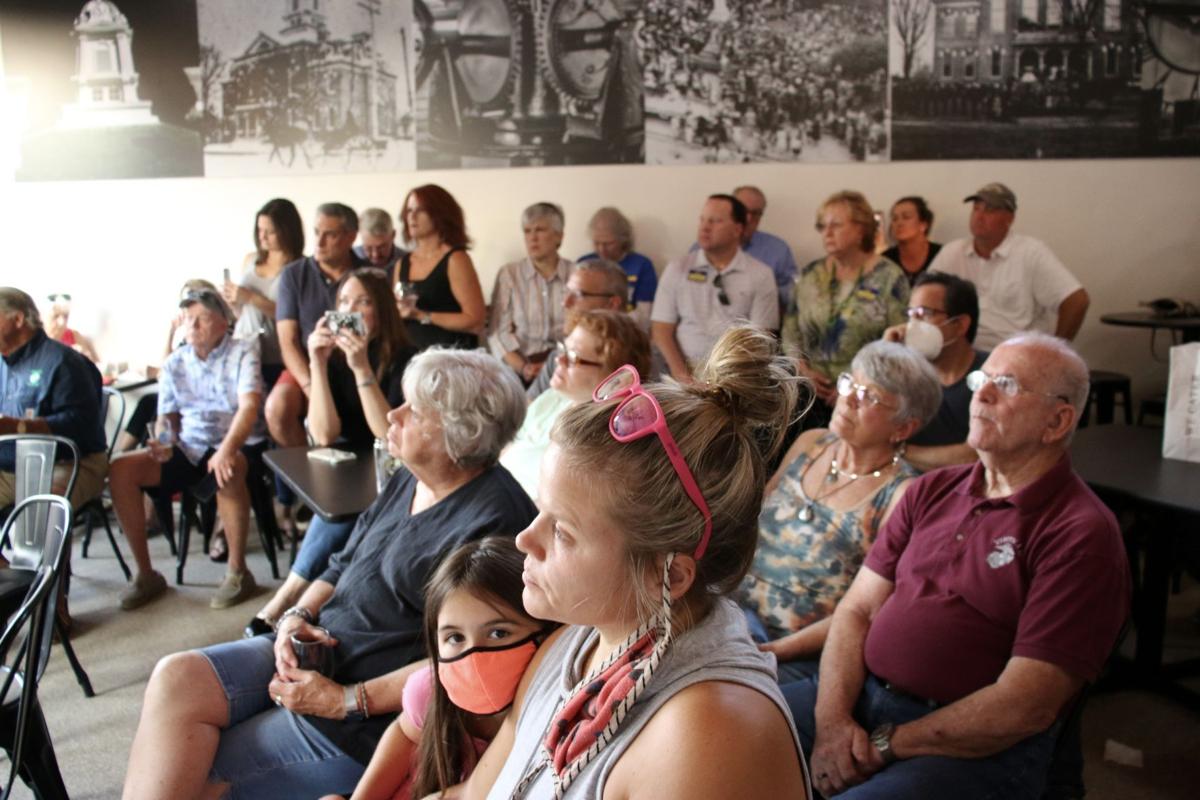 Residents of Monroe who congregated at Courthouse Self-Pour on Franklin Street on Monday got to hear the three candidates for mayor respond to a half-dozen questions. 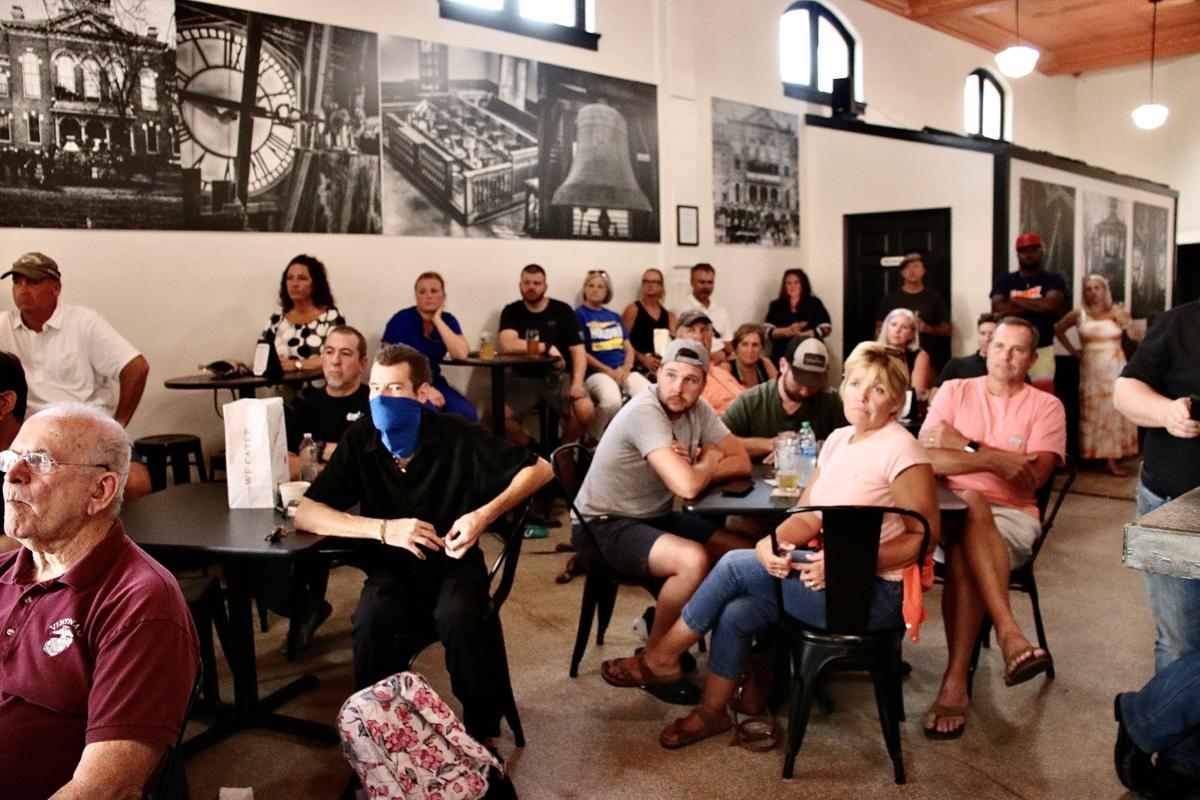 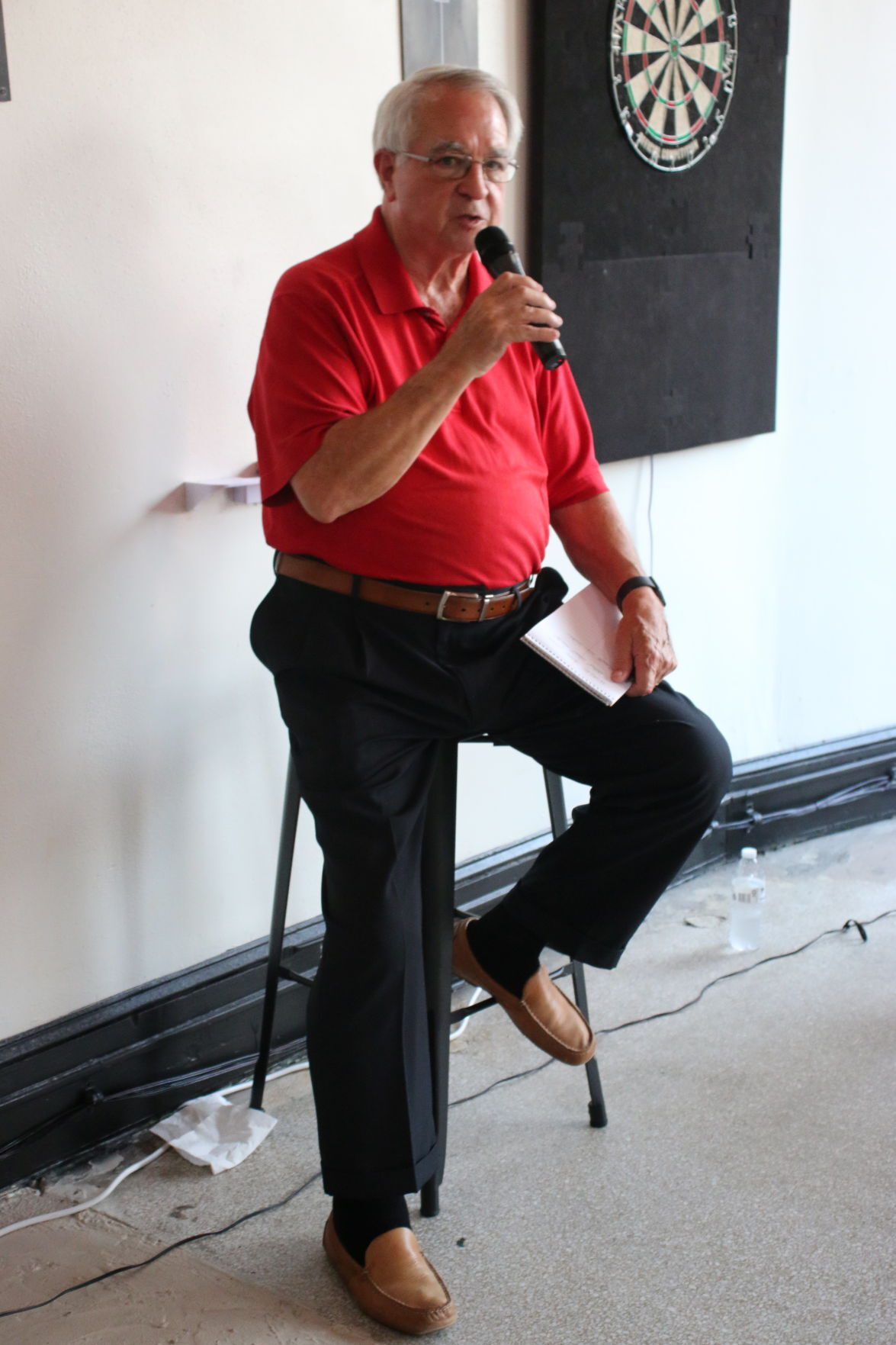 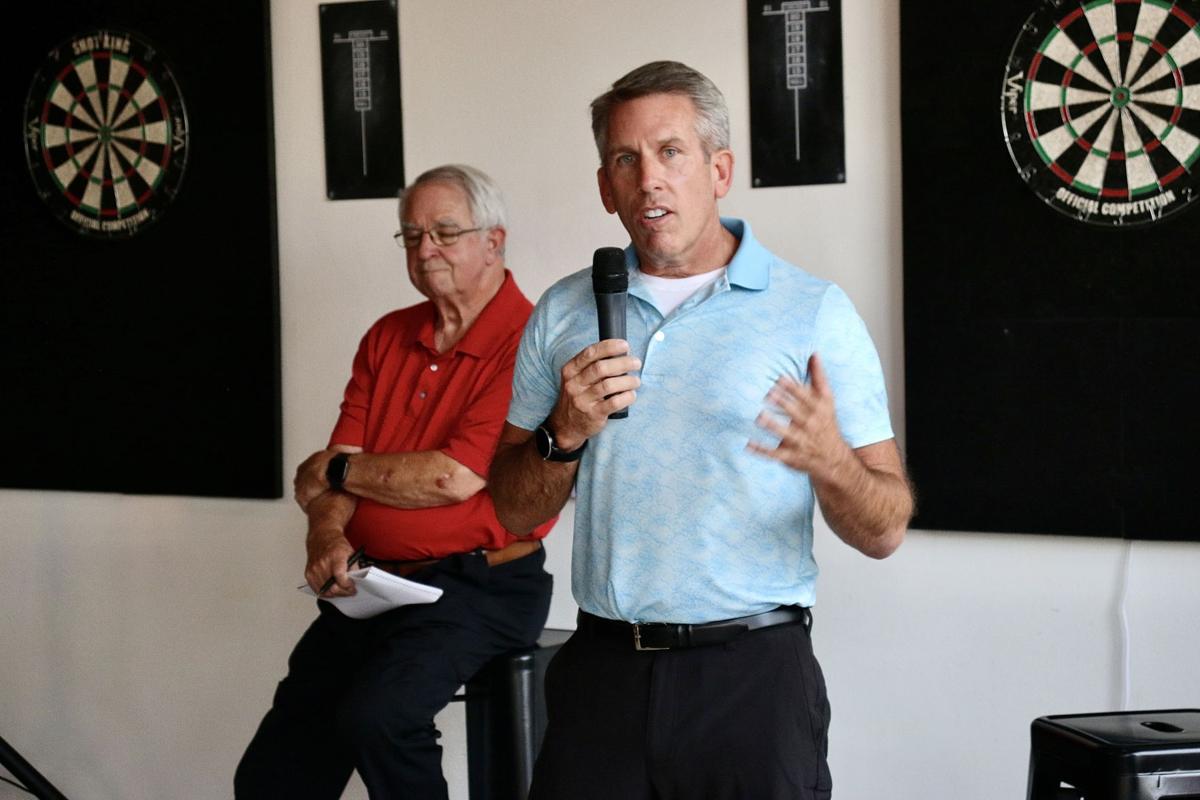 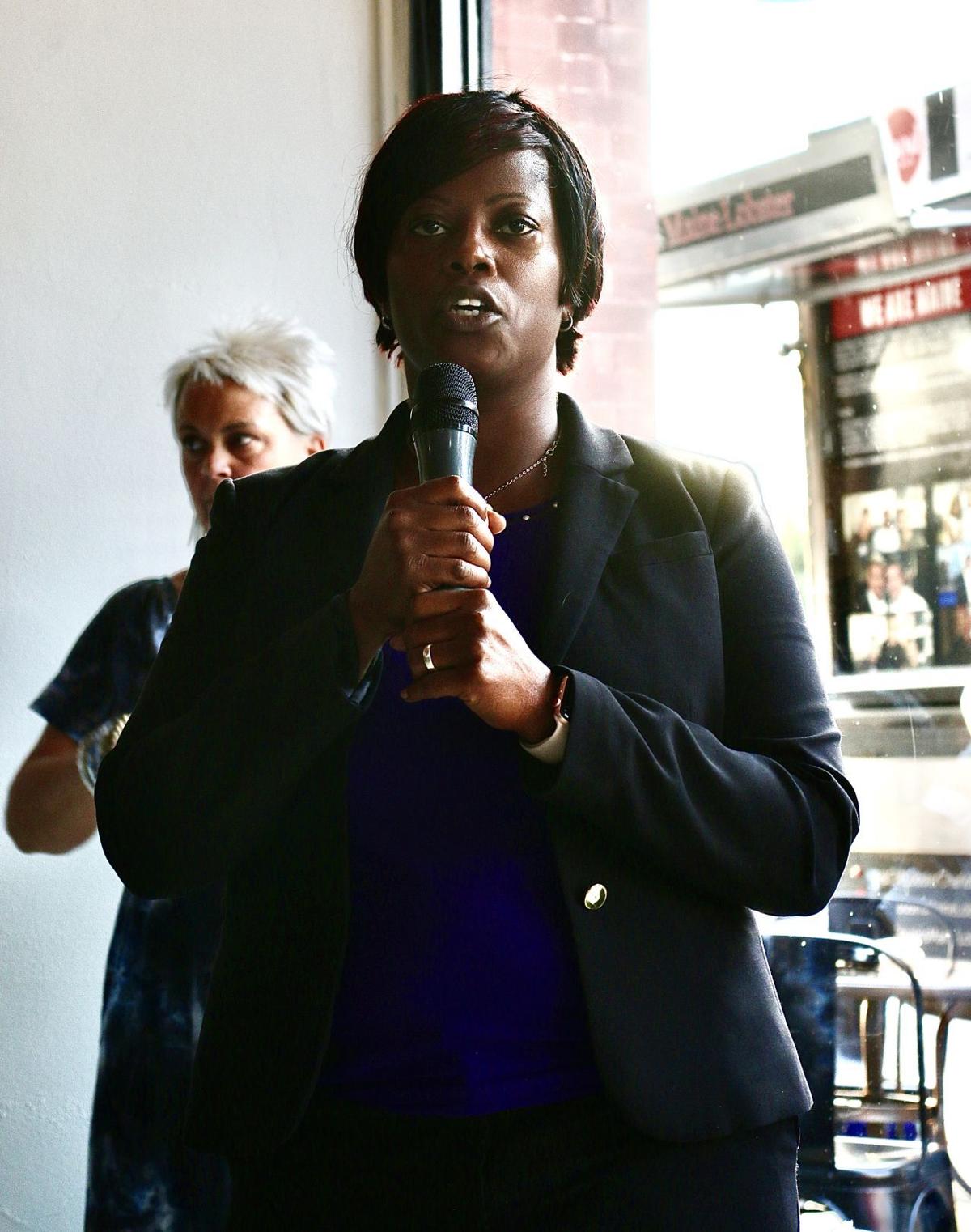 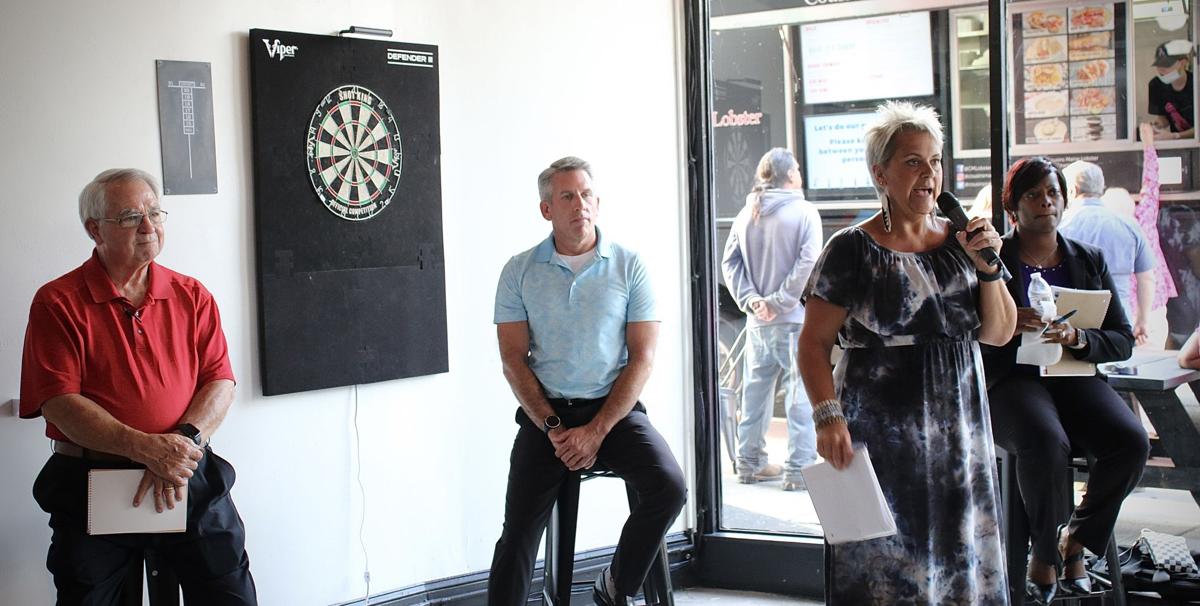 Candidates sit behind Beth Tourellot, owner of Peddlers Paradise who MC’d the event. 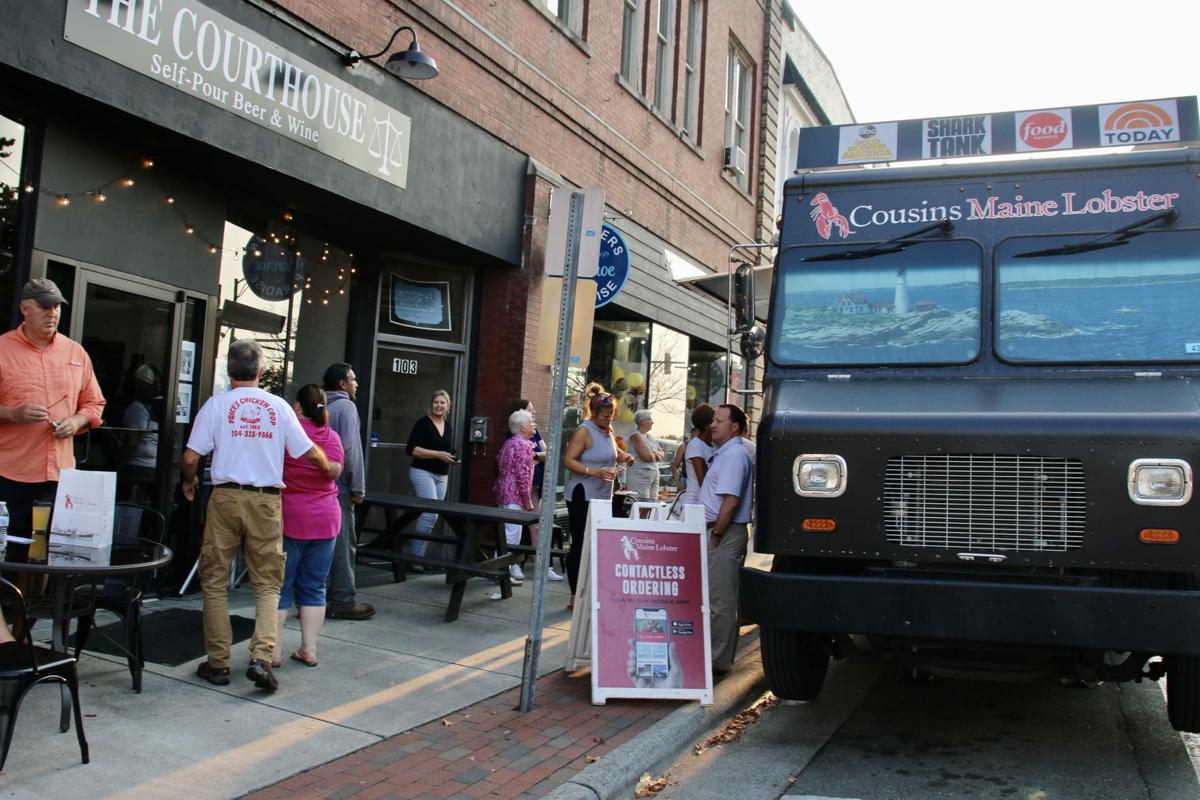 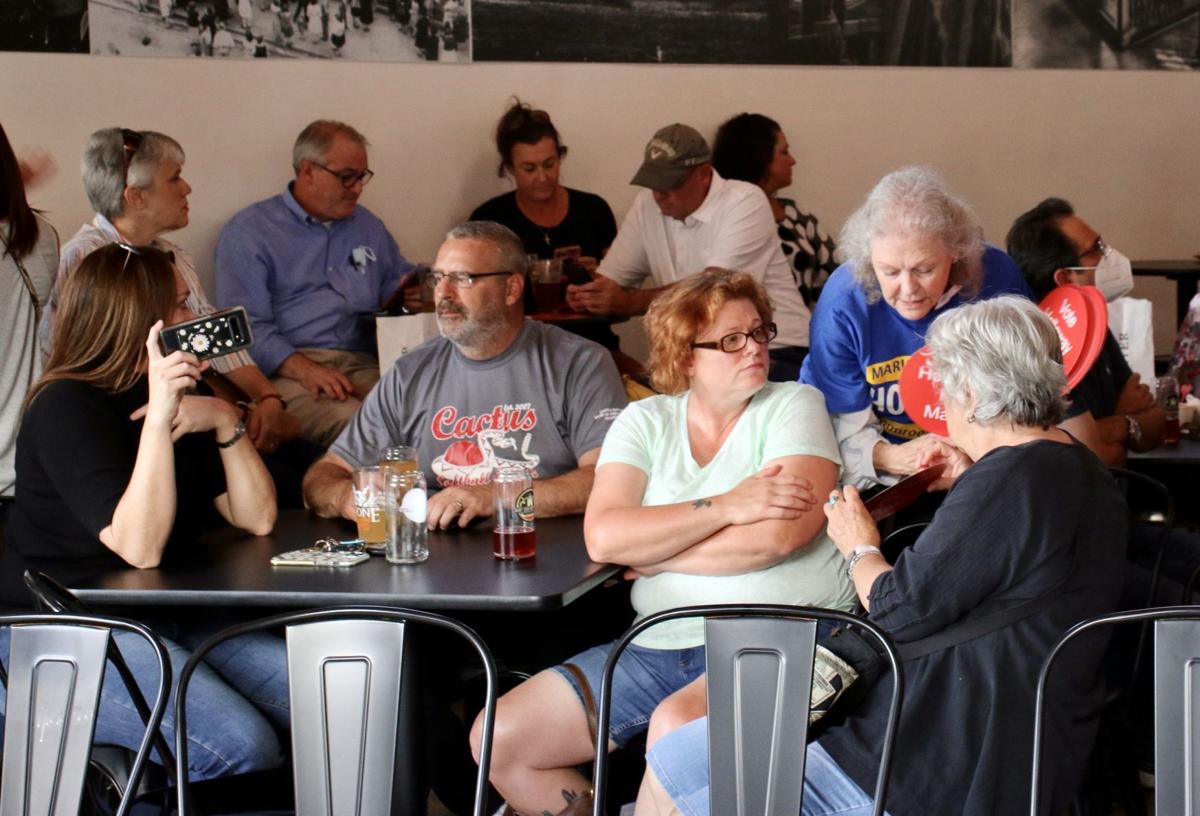 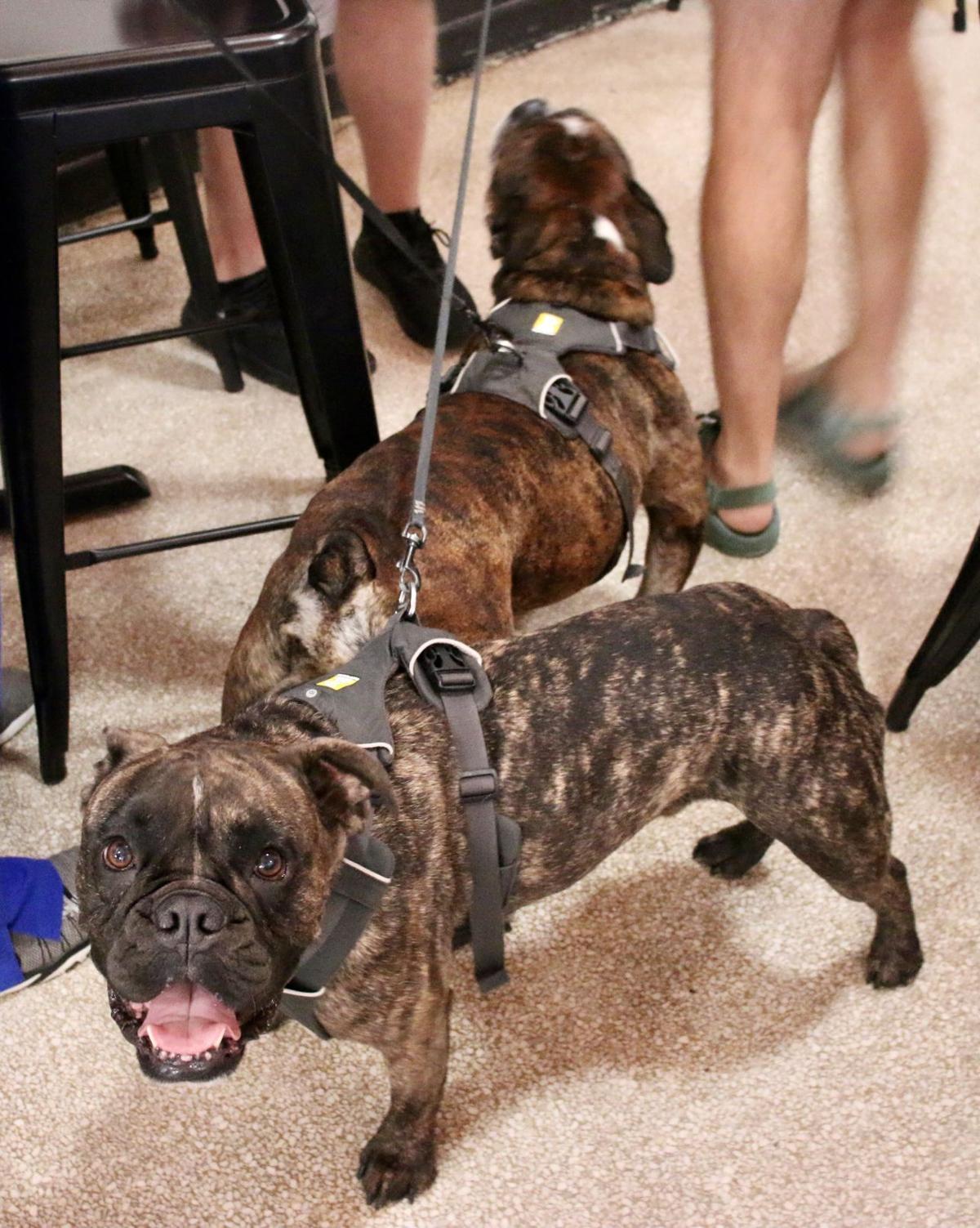 Residents of Monroe who congregated at Courthouse Self-Pour on Franklin Street on Monday got to hear the three candidates for mayor respond to a half-dozen questions.

Candidates sit behind Beth Tourellot, owner of Peddlers Paradise who MC’d the event.

The candidates include: Mayor Pro-Tem Marion Holloway, Councilwoman Angelia James and Bob Yanacsek. Prior to the event, Tourtellot asked locals what they would like to ask candidates. Stump had two questions of his own.

Holloway kicked off the night by responding to a question about plans to reduce crime in Monroe.

Holloway has spent three years on city council and is part of council’s public safety committee. He is formerly of Holloway’s music store. He is from Monroe and has been married for more than 50 years.

“Crime is going to be here with us so all of us, together as a community… we have to take some responsibility ourselves. When we see a crime occur, we need to follow and report it …,” Holloway said. He said citizens need to help the police department by providing information about crimes they witness.

Next, Bob Yanacsek answered the same question. As a police officer in the city of Charlotte for 30 years, his idea to reduce crime in the Monroe is to have city code enforcement and the police department work closely together, as well as other city departments, to develop crime prevention methods; he said it worked well in Charlotte.

He said there’s been four homicides within several blocks of his home in addition to several shootouts. He said he moved to the area knowing it was a transitional neighborhood.

James, who has been a Monroe councilwoman for two years and is also the girls basketball coach at Porter Ridge High School, said it’s imperative to get to the “root cause” of crime in order to reduce it; meeting people’s basic needs like food and shelter can help limit crime as well as addressing a person’s mental health. Getting the community active in volunteering efforts can help meet those basic needs and have a long-term impact on crime.

“There is no reason that city council should be voting on issues that have been covered on committee that the public has no access to,” Yanacsek said. He specifically referred to rezoning issues, building permits and policies.

On the morning of Thursday, Sept. 9, the Enquirer-Journal interviewed James and much of what she said Monday was covered in the interview and later published in the weekend edition of Sept. 11. However, one thing she mentioned on Monday that she didn’t during the interview on Thursday was her suggestion on getting residents more involved and communicating with them.

James suggested leaving a comment box in the Utilities department and Permits department offices; therefore citizens could share their experience, concerns and issues working with those departments. She also supports the idea of hosting live videos explaining initiatives in the city and broadcasting information from the city manager. She said the videos would appear quarterly.

Candidates answered how they would attract people to Monroe.

Holloway said it’s easy to attract visitors to Monroe; however, his plan involves having people settle down in the area. By enticing businesses to move to Monroe who can offer jobs, it would persuade potential new citizens to the City. It could limit the number of people who live in the City but work in Mecklenburg county or surrounding counties.

“… So what we’ve got to do is find businesses to bring them in here to offer good paying jobs, environmentally friendly businesses that don’t pollute and provide the opportunity to people to not only live and play here but also work here,” Holloway said.

In her closing remarks, James said if voters “want action, action is what I am going to bring.” She said in the two years she has been on council, there has been more discussion with little action. She promised voters that she “would not sit by and let things happen.”

Holloway described voters as his boss. “I work for you,” he said, referring to local residents. “I listen to you. I’ll continue to listen to you.” He said he will remain accessible to residents who want to express their concerns, ask questions or submit ideas for consideration. As a native, he said he is proud to live and hail from the City of Monroe.

Yanacsek closed the night by talking about his dedication to the city of Monroe by attending as many council and committee meetings as he could for the past decade. He lives by advice his father gave him, which was to leave things better than he found them. After a recent shootout on his block, Yanacesk thought, “this is definitely not better than I found it.” He continued to say that he will “do what it takes to fix it.”

Courthouse Self-Pour and Peddlers Paradise will host another candidate meet and greet at 6:30 p.m. on Sept. 27. A pizza food truck is planned.