Sign Up
Log In
Purchase a Subscription
You are the owner of this article.
Edit Article Add New Article
You have permission to edit this article.
Edit
Home
News
Coronavirus
Sports
Viewpoint
Features
Obituaries
e-Edition
Classifieds
Autos
Homes
Share This
1 of 4 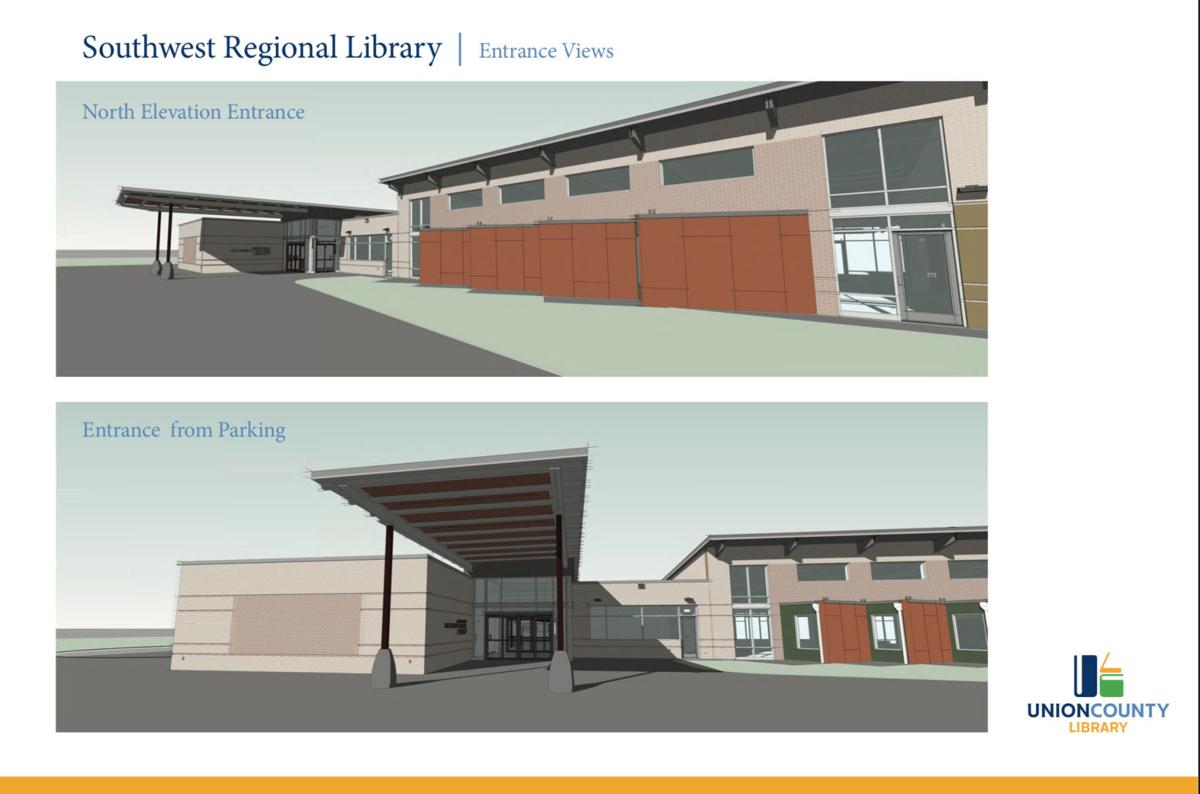 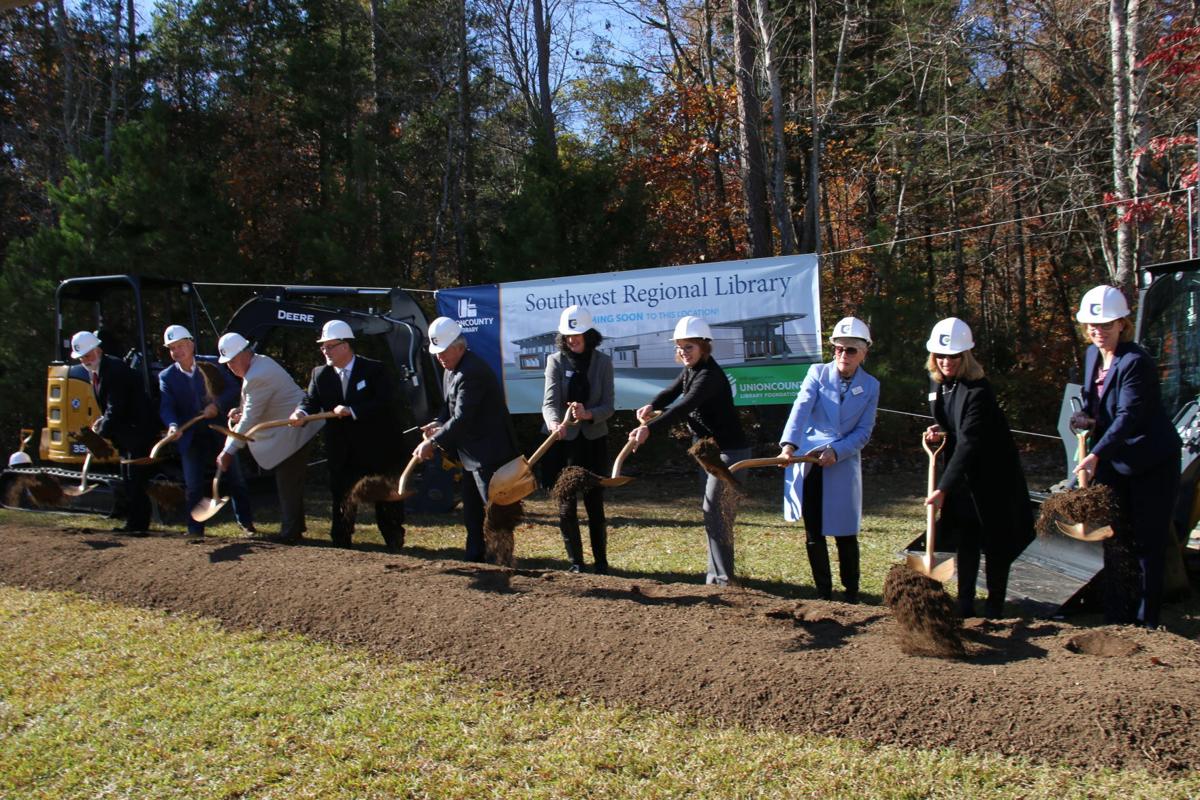 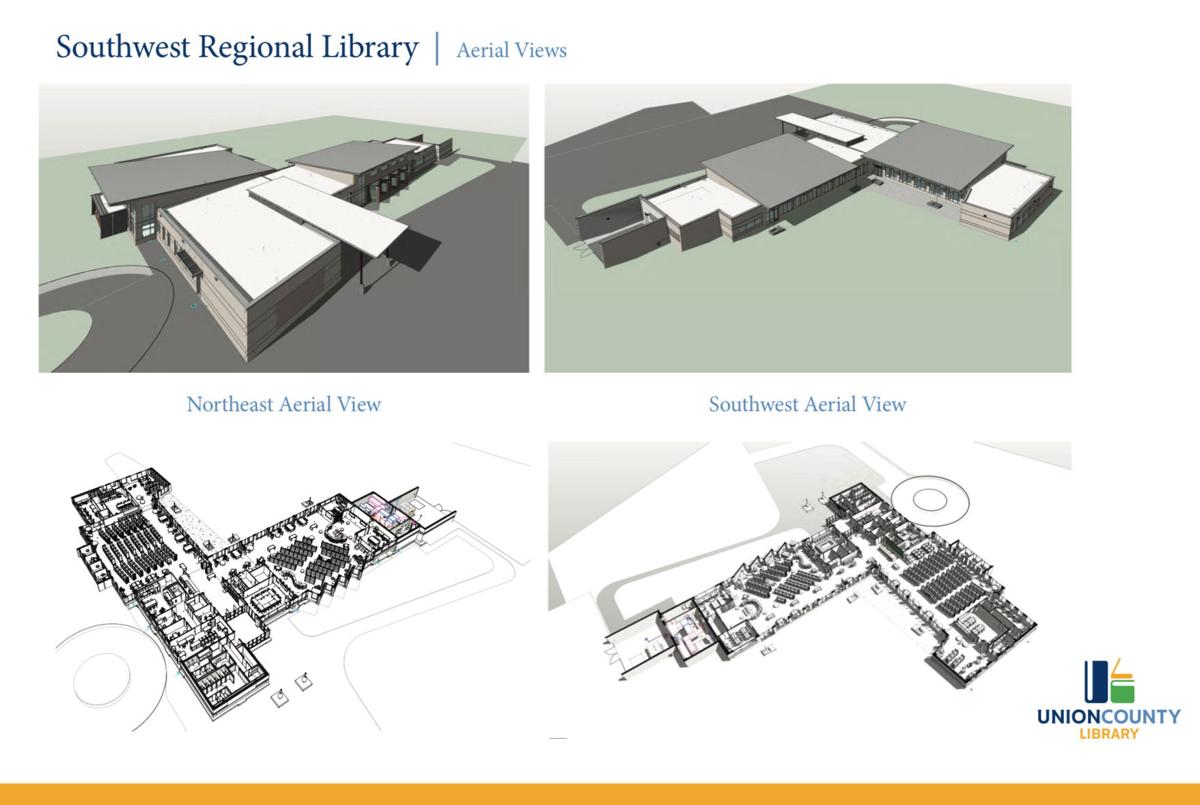 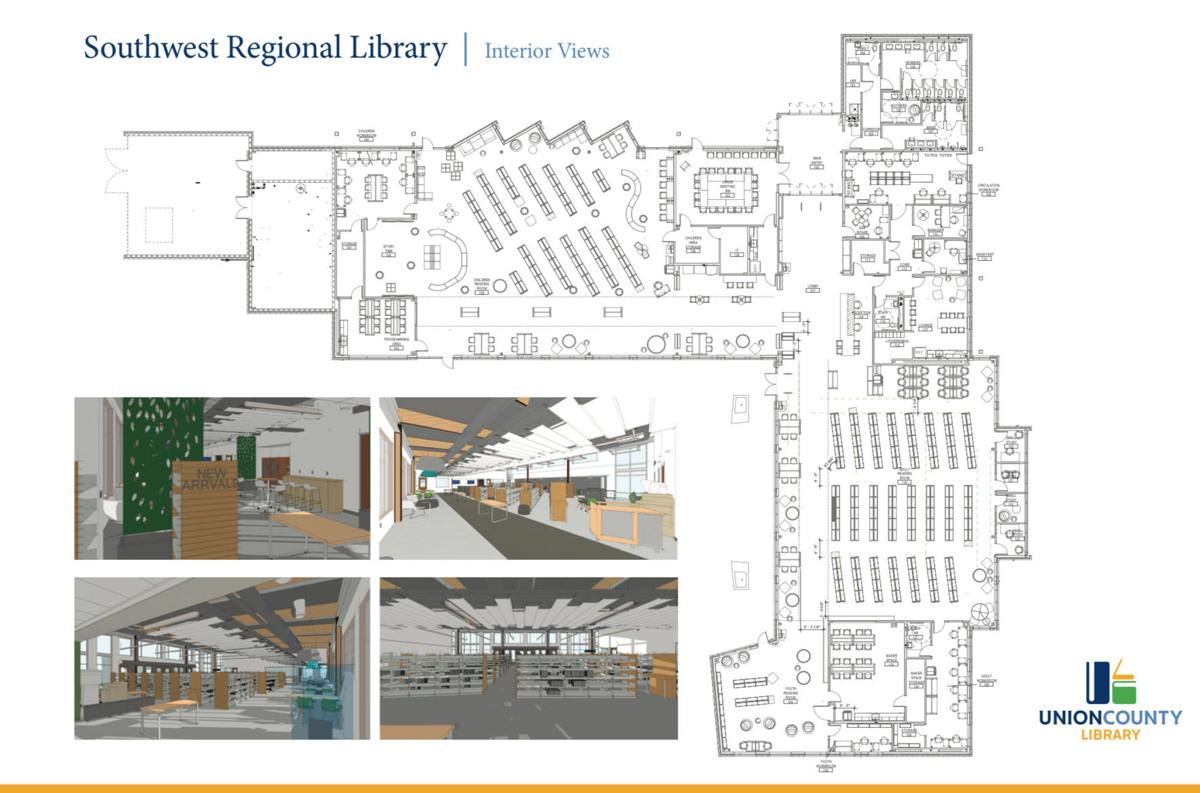 WAXHAW — For 17 years, the western side of Union County has been waiting for a public library that matches those located in Marshville, Monroe and Indian Trail. Finally, they get to see their library come into existence. The Union County Government hosted a groundbreaking ceremony on Tuesday (Nov. 16) to celebrate the start of construction of the Southwest Regional Library.

With donated funds and money from a 2016 bond referendum, the library will be built at an estimated cost of $10 million. The library is expected to open in spring of 2023. It will mostly serve the Marvin, Mineral Springs, Waxhaw, Weddington and Wesley Chapel areas — or about 70,000 nearby residents. It is located at 1515 Cuthbertson Road, next to Cuthbertson High School and Middle School.

According to Union County Government, there will be an extensive sidewalk network connecting surrounding residential neighborhoods.

The Southwest Regional Library will have a children’s storytime area and reading nooks, a teen lounge, STEAM Lab, community rooms, outdoor reflection area and programs for all ages, according to the Union County Library Foundation. The foundation has a fundraising goal of $1.5 million in addition to the bond money. The money raised will purchase collections, amenities, technology and programming spaces. The Union County Library Foundation is a nonprofit, fundraising support group.

At the groundbreaking event, County Commissioner Dennis Rape shared his response to when a friend asked why the county plans to build a library when the world has become digital. Rape said there is nothing like the comfort a good book can give.

“There’s something to be said about taking a good book, or the Bible when you’re troubled, or you need a pick me up and reading it and just getting some comfort out of it,” Rape said.

Lawson Windsor, a junior at Cuthbertson High School, echoed Rape’s sentiments. Windsor said he has grown to appreciate physical books more than digital. “In my classes we read physical books,” Windsor said. “I got more of an introduction to them and I saw that they were preferable for me.”

Windsor said libraries give kids his age and younger a safe place to learn, study and read for fun. After graduating from Cuthbertson, Windsor plans to attend a college in North Carolina and hopes to become a surgeon one day.

Susan Forbes, assistant state librarian at the State Library of North Carolina, explained how libraries can be an educational resource for learners of all ages and bridges the gap in the digital divide by offering internet access to everyone. From homework help, offering GED programs, to assisting people apply for jobs, libraries can “open a world of possibilities so that people have an opportunity to live more abundant and purposeful lives,” she said.

Karen Bowman, with the Library Board of Trustees, provided a history of the Southwest Regional Library project. Around 2004, both Marshville and Indian Trail built new libraries to serve their areas of the county and the Union County Library in Monroe underwent a major expansion project, she explained.

Although there were successful fundraising efforts for what was known as the Weddington library in the early 2000’s, the recession in 2007 hit and delayed the project. The Weddington library project morphed into building a regional library that would serve the western side of the county. Bowman said the Library Board of Trustees entered into a “waiting but hopeful” phase until 2016, when voters chose a bond referendum that would pay for the regional library.