MONROE — Local radio station 99.1 FM has added a new frequency (94.3 FM) to help extend coverage for Union County residents, including more of the western portion of the county. The station will will now be known as “Fun One Radio” as part of the change.

Station President John Griffin said in a release: “Having a second frequency like 94.3 will allow Fun One Radio to serve and cover additional parts of Union County, especially the western portion of the county.”

The Fun One — which was named the Carolina Beach Music Academy Radio Station of the Year in 2020 and 2021 — is on the air as WDZD-LP in Monroe and currently operates at 99.1 on the FM dial, according to thefunone.org. The station is also accessible through the website, TuneIn, as well as The Fun One and Alexa apps.

The Fun One is a non-commercial broadcaster that operates as a 501©3 non-profit organization through Shaggers, Inc. It depends on donations, sponsorships, and underwriting for financial support. The station also maintains a social media presence on Facebook (@funoneradio) and Instagram (@funoneradio).

The cheapest price for a gallon of unleaded in Monroe is 14 cents higher than the cheapest in Indian Trail, according to gasbuddy.com.

MONROE — The year 2021 ended with gasoline prices slowly moving lower. The state average for North Carolina decreased 2 cents over the past two weeks, dropping to $3.07 per gallon of unleaded gasoline last weekend, according to a report from AAA, whereas the state average for South Carolina increased 2 cents over the past two weeks, averaging $3.03 per gallon.

“The pandemic has caused a rollercoaster ride for prices at the pump,” said Tiffany Wright, spokesperson, AAA — The Auto Club Group in the Carolinas. “Gas prices plummeted in 2020 when lockdowns led to lower fuel demand, causing a glut in global fuel supplies. As a result, many countries cut back on crude production, leaving the market vulnerable to what would happen next. In 2021, vaccinations rolled out and demand came roaring back much faster than oil production, which led to fuel prices skyrocketing to levels not seen in seven years.”

Wright said she anticipates “these higher gas prices will hang around well into 2022.”

MONROE — Union County had a record-number 881 new COVID-19 cases reported on Monday, Jan. 3, according to The New York Times, taken from state and local health agencies. The previous record of 724 new cases reported in a day was set on Sept. 7, 2021.

Union County’s now had at least 43,365 confirmed cases of COVID-19 since February of 2020, according to Union County Government’s COVID-19 Dashboard. Just last week, Union County’s number of cumulative cases was at 41.687. The sharp increase in new cases over a span of less than a week is the highest rate of infection the County has experienced. The County’s 7-day average of 291 new cases per day as of Jan. 4, per the Times report.

The goal is to get the positivity test rate for COVID-19 below 5%, according to Kody Kinsley, the state’s new Secretary for the N.C. Department of Health and Human Services.

“Fortunately, for people who have been vaccinated, and especially for those who have gotten boosters, the new omicron variant has been less severe than the previous surges,” N.C. Governor Roy Cooper said during a televised press briefing on Tuesday.

Cooper said he and his family have been vaccinated and boosted. “That is the strongest protection we have to fight this virus and live normal lives,” he said. “Most of the people with COVID in the ICU right now are unvaccinated.”

DHHS is reporting 3,099 residents are hospitalized due to COVID (43 in Union County), and Kinsley stated on Tuesday that roughly 85% of the intensive care unit (ICU) beds are occupied by COVID patients.

Brenda and Ric Elias, co-founder and CEO of Red Ventures, recently announced that they have signed The Giving Pledge, committing themselves to giving away most of their wealth.

The billionaire co-founder of a Lancaster County (S.C.) company, along with his wife, have pledged to donate most of their money to charitable causes.

Ric Elias, the CEO of Red Ventures, and his wife, Brenda, signed The Giving Pledge, a campaign among the world’s wealthiest people to give most of their wealth to philanthropic causes.

They were among 14 signatories announced Dec. 14.

In a letter outlining their reasons for signing the pledge, the Eliases said that they are grateful for the wealth they have accumulated and the opportunity to use that wealth for good.

“We write this letter with tremendous gratitude, both for the luck that has allowed us to accumulate wealth as well as the opportunity to use that wealth for the greater good. We also write this as a love letter of sorts to our children and our future grandchildren hoping to model the value of giving back and leaving the world in a better place for them,” the letter reads. “We hope to be able in our lifetimes and beyond to have some impact on those who have been less fortunate than us.

“We care deeply about providing a hand up through education and meaningful job opportunities. Our current giving has primarily been focused on providing education and training for underrepresented young adults.”

Ric Elias is the co-founder of Red Ventures, an Indian Land-based marketing and technological company that is behind multiple well-known brands, including Healthline and Medical News Today.

According to an August story in The New York Times, Red Ventures is valued at $11 billion, and since Elias owns more than 20% of the company, his net worth is over $2 billion.

Elias, a native of Puerto Rico, is also a survivor of U.S. Airways Flight 1549, the plane that landed in the Hudson River in 2009.

He became well known for his TED Talk, “3 Things I learned When My Plane Crashed.”

In his TED Talk, Elias said he developed a sense of purpose from that experience.

“I no longer want to postpone anything in life, and that urgency, that purpose, has really changed my life,” he said.

The couple described themselves in their pledge letter as “deeply private people who decided it was time to be public” with their “commitment to future generations.”

“We recognize that by joining the Giving Pledge community we can learn from others and gain more proficiency in the areas of giving we still want to explore. We’re also eager to contribute to the worlds of foster care and mental health and look forward to the opportunity to make a difference in those areas as well,” they wrote.

Ric Elias has already been recognized for his philanthropy. He won a humanitarian award in 2015 for his work with undocumented youth, according to the Charlotte Observer.

Like the Eliases, many of the 231 signatories of The Giving Pledge are billionaires. Among them are Bill Gates and Melinda French Gates, Mark Zuckerberg and his wife, Priscilla Chan, and Elon Musk.

The Giving Pledge was created in 2010 by Bill Gates, Melinda French Gates and Warren Buffet. 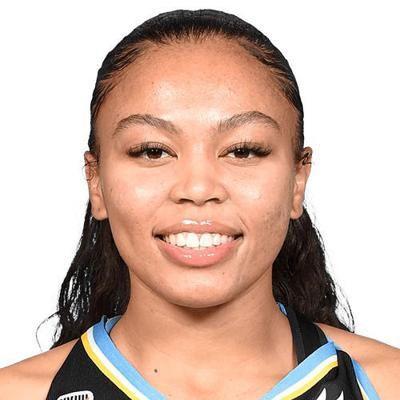